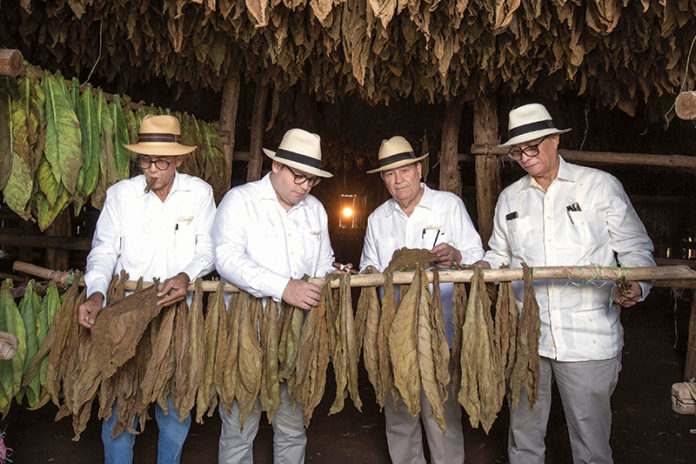 Eladio Diaz: The Alchemist
The man most responsible for taking the fruit of Peralta’s labor and turning it into brands that cigar lovers worldwide savor is Tabadom’s master blender, Diaz. Like the other men with whom he works, Diaz has an almost lifelong obsession with tobacco. In fact, he says that he first became aware of the magical leaf when he was just a toddler and visited a cigar factory with his mother. It was such an important day to him that all these years later he still remembers the date—Feb. 15, 1960. 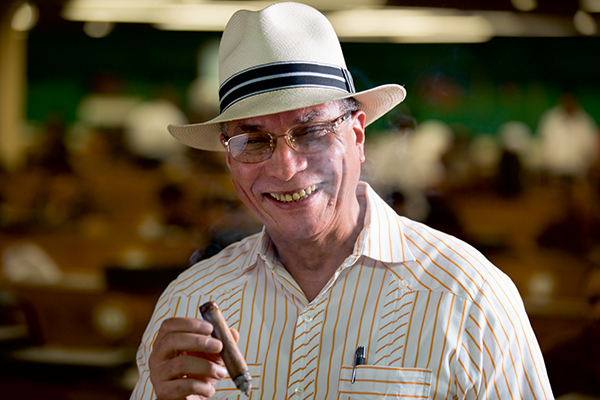 “I am a very privileged man,” Diaz explains. “To do this job well you must have a tremendous love for tobacco and love for cigars. You need to live it. You need to feel it. I get paid to do something that I enjoy. What could be better?”

As the master blender, Diaz takes the raw material—tobacco, which can come from anywhere in the world—and creates cigars that have values that far surpass the sum of their individual components. It’s sort of like the medieval alchemy in which practitioners attempted to create precious metals out of base metals. While they failed, Diaz has succeeded and has constantly and consistently created wonderful cigars throughout his years in the industry.

“I ensure that the quality of the tobacco and cigars meets our full expectations,” Diaz says. “I also work on the creation of new blends and teach the younger people at Tabadom the art of blending so that the company will continue to be a leader in cigarmaking for years to come.”

Diaz blended his first cigar in 1979 when he worked in the cigar division that Kelner had started at Tabacalera. When Kelner established Tabadom in 1984, Diaz joined him. Diaz was intimately involved in creating Davidoff’s Dominican blends in 1991, including the 1000 Series and Gran Cru, as well as Ambassadrice a little later, and he’s never let up. Winston Churchill; Davidoff’s Millennium Blend, Yamasa and Escurio; and Zino Platinum are just a few of the blends that Diaz has worked on over the years.