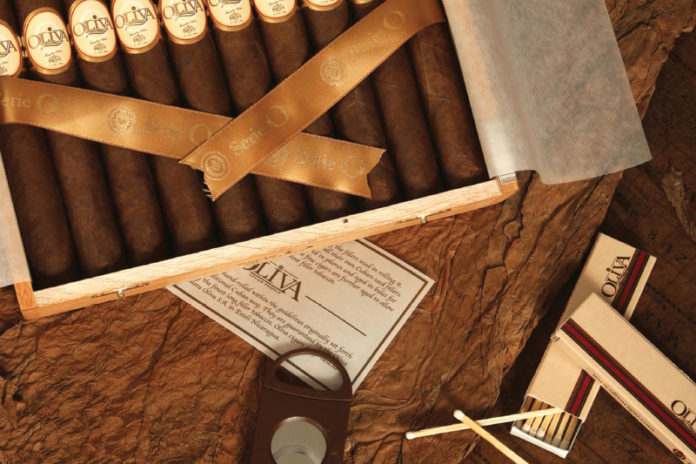 His grandfather started growing tobacco in 1886, suspending his operation 13 years later to fight for Cuba’s independence in the Spanish-American War. His father made the business a legacy, taking over in the 1920s and cultivating the family fields for decades.

Even as a teen, he was carving out his own niche as a tobacco seller, collecting scraps from local growers and selling it. By the time he was in his early 20s, his father was growing tobacco for him.

But life in Cuba changed in 1959 with the rise of Fidel Castro and communism as the government began taking control of the industry—larger growers first, then the smaller family-run operations. Oliva, his wife and their three young children (he would have two more later), fled in the early 1960s, traveling from “country to country in search of the distinct Cuban taste,” according to family history.

His travels took him to Honduras, Panama, Mexico and the Philippines. He found his long-sought fertile ground in Nicaragua, and the rest is history.

Gilberto Oliva Sr.—a man of rare resolve and vision—died on Dec. 16, 2017, in Miami at the age of 86. His legacy is Tabacalera Oliva Tabolisa, better known as Oliva Cigar Co., one of the nation’s leading cigar companies in the premium handmade sector and the producer of more than 16 million cigars a year that are sold worldwide.

After decades of struggling to keep his fledgling business alive, Oliva was in Honduras in
1994 running a small factory when his children oversaw the production of the first Oliva family cigar. The Gilberto Oliva cigar was a success, and in less than a year, the family made enough from it to open their own factory in Nicaragua, the only country in Oliva’s quest where he could grow tobacco that was anything close to what his grandfather grew
in Cuba.

“Up until then, Gilberto wasn’t exactly living the American dream,” says Cory Bappert, vice president of Oliva Cigar Co., which is now headquartered in Miami Lakes, Florida. “But in the end, he’s remembered as a pioneer—a man who escaped Cuba and started from scratch to make it. A man who believed in what he did and had children with that same passion to carry it forward.

“Gilberto touched a lot of lives everywhere he went. He was very well-loved, a presence in his office at the factory in Nicaragua up until about six months ago. He was a tremendous character, and this has been a huge loss for the family.” 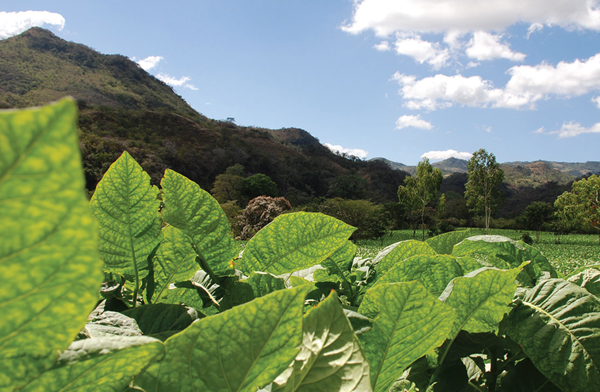 The business is still about family. Of Oliva’s five children, four are actively involved in the
day-to-day operations. CEO Jose Oliva is a Florida state representative, first elected in 2011 and in line to become the state’s next House speaker if it holds a Republican majority in the 2018 election. Gilberto Jr. runs his father’s Nicaraguan leaf growing operation and creates blends. Carlos oversees production, and Jeannie runs the Miami Lakes office.

Even when Oliva Cigar was acquired in July 2016 by Belgian manufacturer J. Cortes—producer of machine-manufactured cigars since 1926—the deal was announced as more of a “partnership” and was billed in a video produced by the companies as “a story of two families, united by passion.”

“Exactly 90 years after my grandfather made his first cigars, we started a new endeavor with the Oliva family, who has such a heritage and knowledge of handmade cigars,” J. Cortes CEO Frederik Vandermarliere said in the video, while sitting on a front porch rocking chair, an Oliva cigar in his hand. “It’s a real dream come true for our family.”

Another thing Vandermarliere made very clear about Oliva Cigar in the video: “Nothing will change.”

While that’s not often the case in acquisitions like this, the “nothing will change” mantra has remained true in the year and a half since the deal was made. The established and respected Oliva brand is still going strong, and much of the workforce—from the Florida headquarters to the fields of Nicaragua—is still intact.

“Whenever you read about other acquisitions, it’s usually a much larger company gobbling up a smaller one, which brings about change,” says Bappert. “J. Cortes is family-owned, and both companies have benefited from this. There are synergies we can use with them, yet we still keep that small family feel. This wasn’t a couple of CEOs and a bunch of accountants getting together to make a deal—this was very, very well-handled. Like it shows in the video: two friends making a deal.”