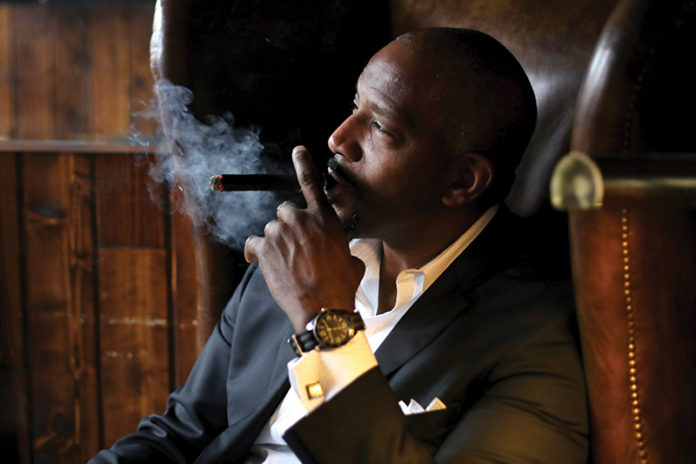 “Be patient. Don’t panic.” That was the advice that Drew Estate’s Jonathan Drew once gave Sean Williams, blender and brand amabassador of General Cigar Co.’s Cohiba brand. This advice was given to Williams through a text message about an opportunity he had at the time, and although Williams isn’t sure Drew thought it was long-term advice, it’s advice that would end up applying to Williams’ life and career for years to come.

In business, success is something each person strives for, but everyone’s journey toward achieving it is personal and unique. Whether it was as a college athlete, a small-business owner or a brand manager for one of the largest cigar companies in the world, Williams has never allowed himself to get too comfortable. For him, success is a moving target and comes from pursuing his interests in a fearless manner and never letting an opportunity pass him by. He’s not at all concerned how others view or define him in terms of success. He’s a work in progress, still working and looking forward to the future and not spending his days taking inventory of the achievements he has made so far.

“Success, to me, is about the health and well-being of my family and my impact on others around me,” he explains. “Ultimately, I’m only truly successful if my challenges and achievements help someone else figure out their path to whatever success means to them.”

Other small-business owners in the premium cigar industry, such as Adetola Wimberly-
Bey of Black Star Line Cigars and Christopher Moore of Carolina Blue Cigars, have named Williams as being one of the mentors who has shared with them knowledge and offered them help when it was needed. Williams, a longtime athlete throughout his years in school, has played the business game successfully by following a few simple rules:

He stands as an example for other business professionals that success will come when one stays humble and hungry for more.

Since entering into the cigar industry in 2006, Williams’ professional journey has evolved from being a small-business owner to being named the brand ambassador for an iconic cigar brand. Each chapter of his work history has had its own set of challenges and has taught Williams some valuable lessons about business and life. 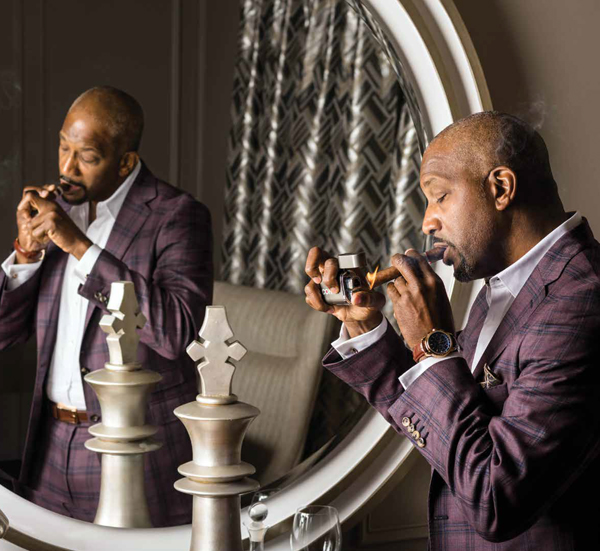 Family, Friends, Mentors and More
Williams was born and raised in New Orleans. His mother was a single parent who cared for her four boys. His family moved back and forth between New Orleans and Los Angeles, but New Orleans was considered to be their home base. By the time Williams was 11 years old, his older brothers were already out and living on their own. He learned his first lessons about business, entrepreneurship and life by watching his mother work hard to support her family.

Throughout his childhood, sports played a major role in Williams’ life. Football was his sport of choice, but he also played basketball during his high school years and participated in various track and field events. Williams had other interests as well. He loved to draw, and he also had a passion for music. In middle school, he was a member of his school’s marching band. In high school, he took music classes as his extracurricular focus shifted to athletics. He also became a member of the Future Business Leaders of America, which set him up for a future of entrepreneurship. Williams finished high school having earned a National Scholar Athlete Award as well as an All-Prep football team selection.

During his high school years, Williams’ mother focused on her own education and served as one of his earliest and most influential mentors. “I’ve had a number of people that have impacted my life in ways that I would carry throughout business and life in general,” he says. “One of my first mentors in a sense was my mom. As a young single mother of four boys, she opened up a bar in a pretty rough area of town. I remember sitting at the bar as a little kid as she would prep the place during the afternoon, getting things ready for the evening crowd that would come to hang out. Obviously, as a little kid I had no idea how tough it was to run a small business and certainly had no idea how tough it had to be for a young single woman to own and operate a bar back then in any area, let alone the 3rd Ward of uptown New Orleans. She was fearless. As a result of that, I didn’t grow up with any real fear at the thought of starting a business. I was always more afraid of not trying something and missing an opportunity.”

Growing up, Williams saw himself becoming a professional athlete, but he also had a desire to become an architect. While he was in high school, Williams took drafting courses with the thought that it would help him achieve this goal. His dream of becoming an architect changed once he was offered a business internship with South Central Bell (BellSouth) at the end of his senior year in high school and after he received a football scholarship for Grambling State University. It was while he was in college that Williams met his next mentor, college football coach Eddie Robinson.

“I don’t know that I’ve ever met another man with his level of commitment and character,” Williams says. “It’s one of those things you don’t truly appreciate until you get older.”