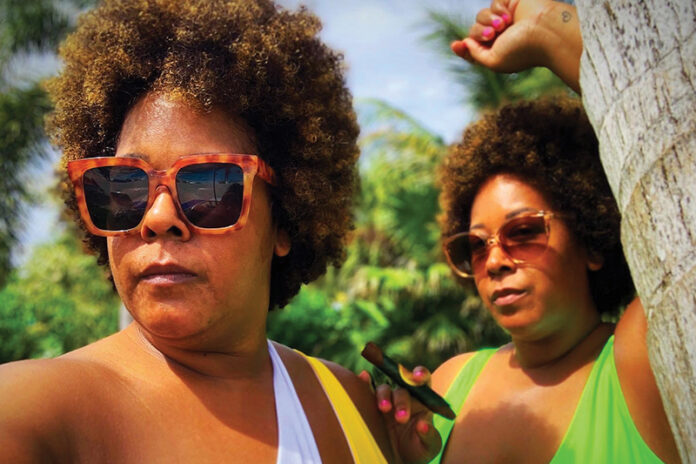 Yvonne and Yvette Rodriguez are identical twins that grew up in South Miami Heights, Florida. The two women have been referred to as the “First Ladies” of cigars by some because they were among the first women to launch their own cigar brand in the U.S. This is a title that they acknowledge but don’t necessarily claim because they’re well aware of the important and historic role that women have played in the cigar industry for several generations.

“It is the women who are rolling [cigars]. Women have always had a huge part in the industry,” says Yvonne.

“Every cigar has the sweat of a woman in it,” adds Yvette. “Women have always been involved; it’s just never been showcased.” 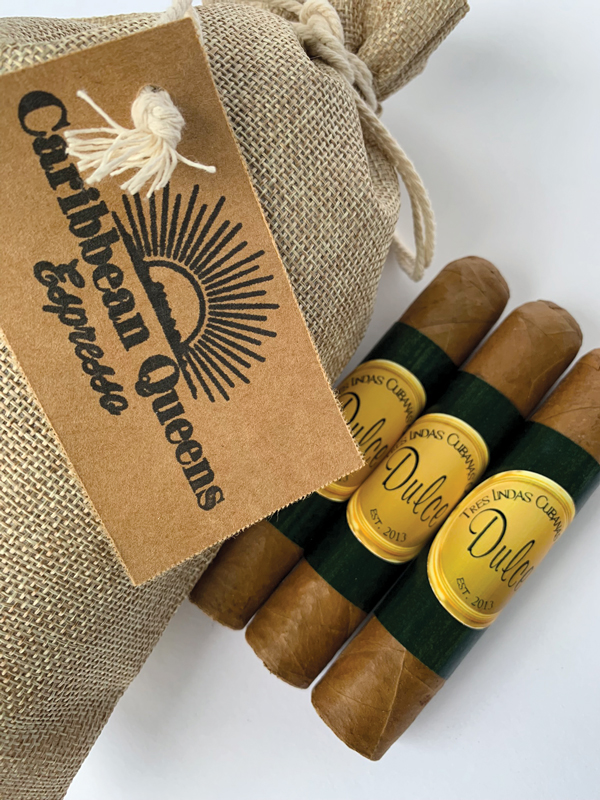 Cigars have long been viewed as being part of a male-dominated lifestyle, but one can’t deny the integral role women have played in cigar making over the years. It was during a trip to Cuba that the Rodriguez sisters saw this in action. There in the factories were women making cigars. They were involved in many of the different processes included in cigar making, from de-veining the tobacco leaves down to rolling the final product. What the Rodriguez sisters also realized was that these women they saw at work in the factories were Afro-Cuban women, but their contributions to the craft often went unnoticed and unacknowledged. Their stories were left untold.

Yvonne and Yvette Rodriguez were born to Rafael and Nerida Rodriguez. Their parents were born in Cuba, a country known for its strong and deep roots in tobacco, cigar making and rum. Cuba is also known for its oppressive government that forces many Cubans to adopt a “by any means necessary” mentality. This resolve pushes many Cubans to become entrepreneurs as they work toward doing whatever it takes to take care of themselves and their families. Resolve and the desire to persevere are qualities Yvonne and Yvette grew up with and what inspired their own entrepreneurial pursuit. Rafael and Nerida were no different. Rafael was a Cuban national who defected during a trip to Panama. Nerida also escaped Cuba in 1969 on one of the famed freedom flights. It was Rafael and Nerida’s resolve and their overall persistence that inspired their children to become entrepreneurs and creative problem solvers of their own.

“With my parents, for any little thing, they can fix it,” Yvette explains. “My dad was a professional soccer player in Cuba. Now he is like a master carpenter. He’s worked on boats here in Miami. For years and years and years, we’ve grown up owning a boat, and he makes anything out of everything. We have that in us too. Our hobby as children was to create and to make anything into a business.”

Another important family member that would shape and mold the two sisters into who they are today was their grandmother, Esperanza. While their mother was always thinking about business and was rarely seen without a fresh manicure and her signature pressed linens, their grandmother was hardly ever seen without a cigar and was what the sisters describe as being a bit more rugged. Though these two women were opposites in some instances, they both taught Yvonne and Yvette what it means to be a feminist and to always embrace their heritage. As the two sisters grew up, they incorporated more of what their parents and grandmother taught them and found different ways of applying it to their professions and their businesses.

The Evolution of a Side Hustle
Risk-taking has never been a problem for either sister. Both turned toward entrepreneurship as they entered the workforce and sought out fulfillment from their professions. Both sisters also had careers in journalism and earned their degrees from the University of Florida. After graduating from college, Yvonne produced and edited videos for Telemundo while Yvette became a reporter for WSVN 7News in Miami. Yvette later went on to create a public relations firm of her own, and Yvonne spent 10 years as a video editor. She was constantly working, but like many entrepreneurs, she reached the point where working for herself was becoming increasingly more appealing.

The Rodriguez sisters got into the cigar business in 2013, though their product didn’t launch until a year later. Getting into cigars was more than just another business opportunity for the sisters. Cigars had long been a part of their family and their culture. Cigars figured prominently within their history, and they’d heard stories from their parents and their grandparents about cigars. Each sister had her own experience that eventually led them into the world of cigars.

Yvette traveled frequently to countries like Costa Rica, Honduras and Nicaragua. During one of her trips to Nicaragua, she met a fellow Cuban who lived in Miami but also owned his own factory. The idea of starting a cigar business, however, came from Yvonne. She was just leaving the corporate world while Yvette was working in public relations and helping businesses grow through coverage and media attention, a job she loved and says she was “killing it” in. Both sisters smoked cigars and would frequently hang out in cigar stores. That’s when a lightbulb went off in Yvonne’s head: Maybe her next big career move had been right in front of them all along.

“I was looking within and asking myself, ‘What has my life been so far?’ A cigar had always been in my life. We claim Cuban kids are born with a cigar, domino, and cup of rum or coffee in their hand. That is how we grew up. I was looking within to what I know, something more inherent to me.”

That’s when Yvonne presented the idea and opportunity to her sister. She had thought out this idea to the point where she knew everything from the name of the company to how many cigar lines it should have and what its blends should be like.

“She calls me one day and is like, ‘Listen, I think that we should make a cigar brand,” Yvette explains. “And the name should be Tres Lindas Cubanas Cigars. Tres Lindas Cubanas is an old Cuban song that we love. It’s a very old Cuban song from my grandmother’s time. We were force-fed it growing up. Basically, ‘Tres Lindas Cubanas’ means ‘three pretty Cuban girls.’ We know that Cubans come in all different complexions and that every Cuban woman is gorgeous. Every woman in the world is gorgeous, but you know, Cubans get a little bit of extra salt,” she says with a laugh. “We took that on as a celebration of every skin tone—every skin tone from the darker skin tone to the lighter skin tone—and each of the cigars we make is special in its own way, and no one is better than the other one.”

Before the company was officially launched, Yvonne already knew what the three blends would be and what would make each one different from the others. La Negrita would be the Maduro, La Mulata would be the Habano, and La Clarita would be the Connecticut blend. When presented with the idea, Yvette began to examine it from a public relations point of view. Her biggest questions upfront were: How would they get this cigar brand the attention it needed? How would or could they get it in front of the media? How would she pitch it to them? Through her public relations background, she had gotten press coverage for some of the most obscure businesses, so she was confident that with the right angle, she would be able to get Tres Lindas Cubanas the attention it needed.

Another challenge they faced was a problem that many other startups also have. They knew there was a lot that could be done marketing-wise to raise awareness for their new cigar brand, but they didn’t have the money to pull off these ideas. When they launched, there weren’t that many options in terms of advertising. This was before blogs and social media, and the only way to advertise and promote a tobacco product was running an ad in a magazine, an option that didn’t make financial sense to the Rodriguez sisters in the early days of their business.

“We started on the low [end] as far as budget, and we did not want investors because that would have just created another situation, and I wasn’t in the mood,” Yvonne explains. “As far as trade media, it costs a lot and it’s a huge investment.”

“You had to have an ad—there weren’t a lot of blogs or anything like that,” Yvette adds. “I said, ‘No, we’ve got to go through this route. I know what works.’ Instead of us presenting [the cigars] to them, we’re sharing the story. If they’re interested in the story, they’ll share the story also.”