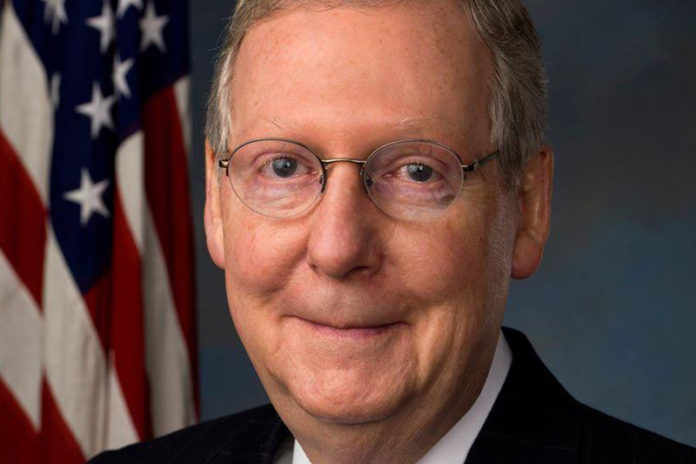 It’s news that has the entire tobacco industry talking–yet another bill has been introduced that aims to raise the minimum age for people purchasing tobacco products from 18 to 21. What makes this one any different? This time, it’s Senate Majority Leader Mitch McConnell (R-KY) whose introducing and advocating for the bill.

McConnell says he was urged to act because of what he calls an “unprecedented spike” in the number of teenagers who were vaping and smoking e-cigarettes. McConnell has plans to introduce this bill in May 2019. This joins a fray of similar legislative bills introduced in the past few weeks, including the Reversing the Youth Tobacco Epidemic Act of 2019 introduced by Rep. Frank Pallone, Jr. (D-NJ) and Rep. Donna Shalala (D-FL) [read more here] and the Stopping Consumption of Tobacco by Teens (SCOTT Act) introduced by Congressman Robert Aderholt [read more here]. On the state level, 12 states have already enacted their own form of Tobacco 21.

McConnell has not revealed the details of his bill but has said it will continue to make retailers responsible for age verification of tobacco products. It would also exempt members of the military, similar to Texas’ Senate-passed Tobacco 21 bill [read more here]. With McConnell now taking on the issue, Tobacco 21 now has not only bi-partisan support in some form but it also has support in both the House of Representatives and in the Senate, making it a piece of legislation both political parties would appear to support and agree on. Some of the industry’s big manufacturers, including Altria and JUUL, also support Tobacco 21.

“For some time, I’ve been hearing from the parents who are seeing an unprecedented spike in vaping among their teenage children. In addition, we all know people who started smoking at a young age and who struggled to quit as adults. Unfortunately, it’s reaching epidemic levels around the country. We have an epidemic of nicotine consumption either through cigarettes or through vaping in high schools and even middle schools, not only in our state but around the country,” McConnell said when speaking about his Tobacco 21 push.