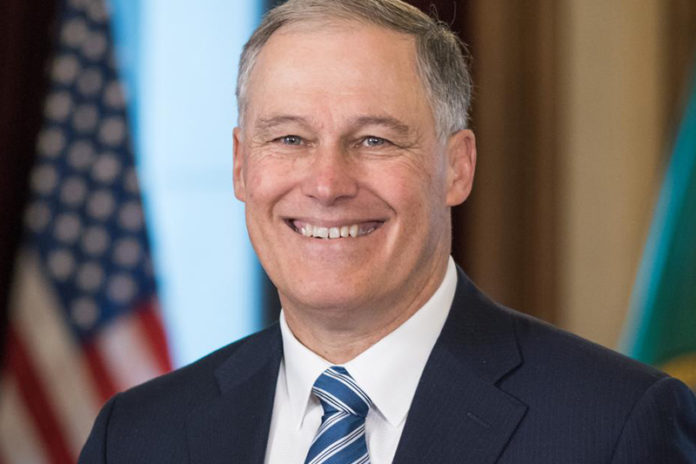 Washington state’s Gov. Jay Inslee signed House Bill 1074 into law on April 5, 2019. The state’s new Tobacco 21 legislation will go into effect on Jan. 1, 2020, making it illegal under Washington law to sell or even give tobacco or vaping products to people under the age of 21.

At the signing ceremony held at the Fred Hutchinson Cancer Research Center on April 5, Gov. Inslee said, “On behalf of all the children in the state of Washington, I am signing House Bill 1074, and we are going to save thousands of lives.”

Washington state’s Attorney General Bob Ferguson echoed Inslee’s sentiments, adding, “This bill embodies what it takes to get a big bill that will save lives and improve lives across the finish line. It’s been a long road, but it has been worth the wait.”

House Bill 1074’s sponsor was Rep. Paul Harris (R-Vancouver), and the sponsor of the Senate’s companion bill was Sen. Patty Kuderer (D-Bellevue). With the passing of the bill, it is now illegal for anyone to sell or give any covered tobacco product–including cigarettes, cigars and vapor products–to any person under the age of 21. This is extended to even include cigarette papers, wrappers or tobacco products of any form or kind. According to the International Premium Cigar & Pipe Retailers (IPCPR) association, retailers will now be required to display clearly visible signage designed by Washington’s Department of Health that will read: “The sale of tobacco products to persons under age 21 is strictly prohibited by state law. Photo ID required upon request.” The sign will be provided free of charge by the Liquor and Cannabis Board later in the year.