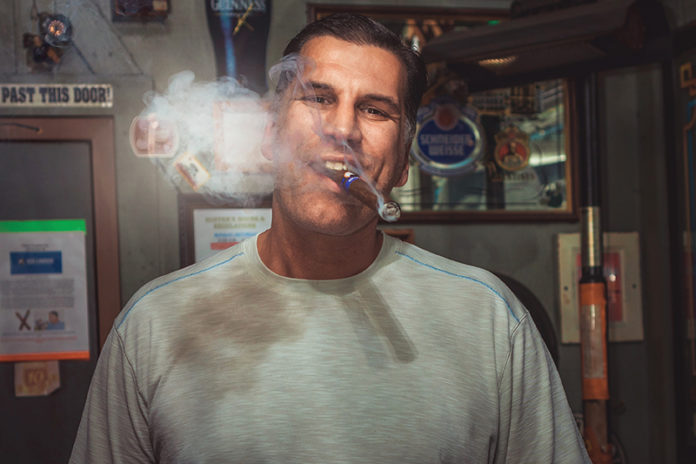 Steve Zengel, the founder of Los Caidos Cigars, has had a varied and interesting career. Before establishing Los Caidos Cigars in 2016, the 49-year-old New Jersey native was an educator and a college basketball coach, a position in which he taught young men valuable life lessons while instructing them in the game’s Xs and Os. He became a financial advisor who specialized in serving professional athletes, helping them to plan their financial security after their playing days have passed. He even earned an Ed.D. in education, which allowed him to serve as a vice principal at a New Jersey high school for three and a half years after Hurricane Sandy ripped through the community and destroyed his own cigar shop. No matter how Zengel has earned his paycheck, however, there have been two intense passions throughout his career: a love for cigars and the social aspects of cigar smoking, and a deep desire to help other people.

Zengel smoked his first cigar with legendary Princeton men’s basketball coach Pete Carril in 1996 when Carril appeared at a basketball clinic that Zengel was hosting. Zengel loved smoking his first cigar so much that he convinced his best friend, Chris Dincuff, a financial advisor who was working at the World Trade Center in New York City, to try a cigar too. The two of them soon enjoyed cigars when they got together, which gave them yet another avenue to deepen their friendship.

On Tuesday, Sept. 11, 2001, Dincuff was among the 2,977 people who lost their lives in the terrorist attack on the World Trade Center. Zengel was shaken to his core over the loss of his best friend. Beginning on Sept. 11, 2002, and on every anniversary since, Zengel remembers Dincuff by smoking a cigar in his backyard. 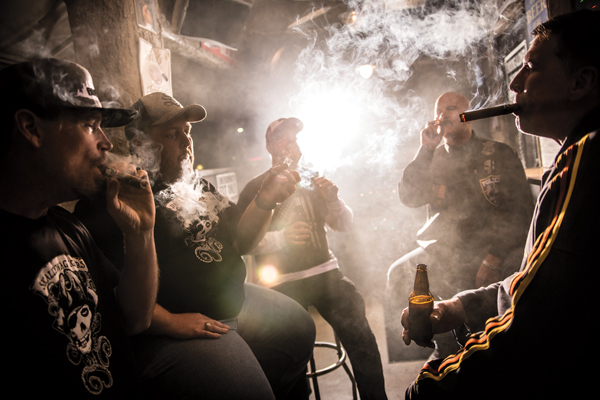 “The idea of doing a cigar to honor fallen police officers and firefighters began with my experience in honoring my friend Chris,” Zengel explains. “I had a very real experience of wanting to remember loved ones lost through a cigar. That’s why it made perfect sense to me to create a cigar brand that would raise money for the families of fallen first responders.” 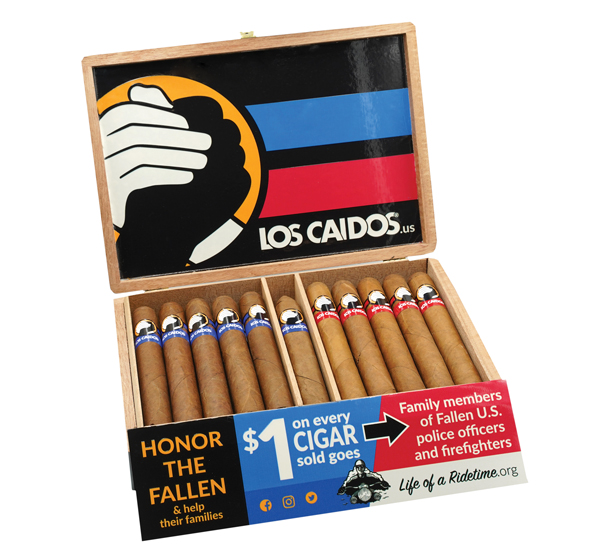 Fulfilling the Dream
Zengel’s transition from cigar consumer to cigar manufacturer began when his assistant coaching position for Hampton University ended when most of the staff was fired after failing to reach the NCAA tournament. While the new coach asked Zengel to stay at Hampton, Zengel decided to leave. Having just completed his Ed.D., Zengel got a job teaching in Virginia and obtained a part-time position at Emerson’s Cigars, where he worked alongside owner Scott Regina. While working at Emerson’s, Zengel began to dream of having his own cigar shop, and when he and his wife discussed their future, Zengel knew what he wanted to accomplish.

“She asked me what I wanted to do with my life, and I decided I wanted to sell cigars,” Zengel recalls. “Scott and I talked, and he gave me his blessing. We moved back to New Jersey, and I opened Beach House Cigars in Seaside Heights on March 12, 2012.”

Zengel opened Beach House Cigars with just nine boxes of cigars, but he greatly expanded his offerings to more than 230 cigar varieties housed in three humidors by the summer’s end. Everything with the business was going much better than Zengel could ever have imagined. On Oct. 29, 2012, Hurricane Sandy hit the Jersey Shore. Amidst the storm’s devastation was Beach House Cigars—destroyed a little more than eight months after opening.

“We were gone in an instant,” Zengel remembers. “I had nothing to do, but a guy from the local school system called and asked if the Ed.D. degree I had hanging behind my register in the cigar shop was real. His school was going through a hard time, and it needed some help. He offered me a job as vice principal, which I began in January 2013.”

While helping his community by taking on the job of vice principal, Zengel didn’t let his dream of selling cigars die. About six months after Hurricane Sandy, Zengel reopened Beach House Cigars in his hometown of Wall, New Jersey, thanks to the generosity of his old boss at Emerson’s Cigars.

“Scott Regina called me and asked what I needed to reopen the store,” Zengel says. “I told him ‘everything’ because I was completely wiped out. He sent me about $30,000 worth of retail merchandise to get me started again with a note that said to pay him whenever I could.”

While his days were filled with working at the school, Zengel hired Frank Lancelotti, a retired police officer, to mind Beach House Cigars. In conversations with Lancelotti, Zengel learned of the deaths of Christopher Matlosz, a Lakewood police officer, and Marc Castellano, a New Jersey state trooper, both of whom were killed approximately 10 miles from the new location, and both of whose families were struggling financially. Learning that local police charities had been established to raise funds for the families, Zengel’s philanthropic personality kicked into high gear.

“We became a cigar store that serviced everything—golf outings, picnics, casino nights—to give to these charities, but I felt like it wasn’t enough,” Zengel explains. “We were giving back $200 at the end of the day, and I felt embarrassed because I wanted to do more.”