However, it may take some time for that opportunity to play out, acknowledged Herzog, who noted that many retailers have been disappointed in the category’s sluggish growth and are concerned about the regulatory environment. “Inventory overhang is a liability issue for retailers, who are being very cautious about adding new items,” she noted, adding that products from long-established tobacco manufacturers such as Reynolds’ Vuse and Altria’s MarkTen are likely to grab share as smaller manufacturers struggle with FDA compliance. “The other concern is that innovation will be stalled and stifled under the deeming regulations, which is very frustrating.”

Acing Alternatives
The latter is paving the way for a shift toward the next-generation products being developed by Big Tobacco, such as Philip Morris International’s iQOs, which has already been rolled out in 20 markets outside the U.S. “They have filed a modified risk application with the FDA,” said Herzog, who noted that PMI has already taken 5 share points from Japan Tobacco and other players in the Japanese market. “Of those smokers who have tried iQOs, 60 to 70 percent have converted either fully or predominantly. PMI will not be the only game in town, but they were the first mover and are leading.”

Dubbing the coming market-share battle as “a global arms race,” Herzog pointed out that British American Tobacco has a heat-not-burn entry called Glow, Japan Tobacco has Ploom and Reynolds is testing a heat-not-burn product called Core. “I think eventually all the big manufacturers will have a portfolio of these products,” says Herzog. “Ultimately, we think that 30 percent of the developed market could shift to heat-not-burn technology.”

This story first appeared in the March/April 2017 issue of Tobacco Business magazine. Members of the tobacco industry are eligible for a complimentary subscription to our magazine. Click here for details. 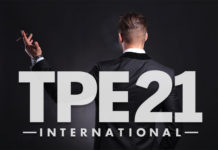