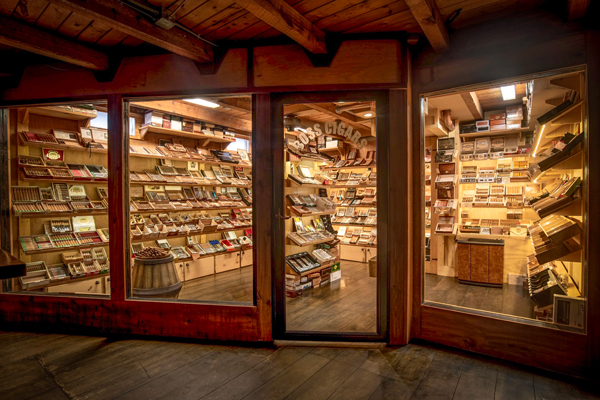 Creating an Atmosphere
Challenges such as the current COVID-19 pandemic have taught Talanca that in order to be a successful tobacconist, one must be willing to try new things. After his first year in business, Talanca realized just how small his store’s lounge area was and that some sort of expansion was necessary in order to accommodate more customers. At the time, the insurance company still occupied the front of the building, meaning the only way to grow his space was to expand upward. There was an upstairs section of the store’s space that wasn’t being used, so Talanca built an additional lounge in this 800-square-foot space. This type of move—trying new things within the store to keep up with growth and to gain the attention of its existing and potential customers—has become the hallmark of Boss Cigars.

Talanca also gets advice from his father, who once urged him to add a claw machine to the store just to shake things up. He gave the idea a try and bought one, placing cutters and other items in it for customers to potentially win. It didn’t last long due to the cost to keep it up, but it was just one of many new ideas he’s tried to keep Boss Cigars from growing stagnant. Talanca also turns to his customers to help him make decisions on what could be done to make Boss Cigars even better than it already is.

“You know, they’re part of Boss Cigars too,” he says. “We involve them in a whole other way. I’m always asking them questions; I want them involved. If you feel like you’ve made a decision or helped out in some way you almost feel—I don’t want to say ‘ownership’—but you feel a part of it. So, at this point, when we involve all our customers, they feel like they’re part of the Boss Cigars brand. It goes a long way. We treat people like family, big time. I give major props to all the people that come in here, especially my regulars, because they’re part of what we’re doing and make it unique because of their personalities.”

Another area of the customer experience that Talanca is focused on is the store’s atmosphere. As a consumer himself, he constantly looks at the different businesses he visits and asks himself why he enjoys going into and engaging with that particular business—something he thinks all business owners should consider. “A lot of us need to be very conscious of our environments because as you’re building your brand and your business, that plays into the uniqueness of the shop,” he says.

Atmosphere and environment can be defined by a store’s decor as well as its staff. He strives to make Boss Cigars look different and be unique, turning it into a destination rather than just a place to purchase cigars. Another way in which Talanca has been able to make Boss Cigars unique is in its product selection. Like many tobacconists, Talanca is constantly addressing the question of, “What’s new?” He explains that he’ll bring in a product, and oftentimes because of the trust he has established with his customers, that product will move pretty quickly when it’s first introduced within the store. He’ll then proceed to ask his customers their thoughts on those new products and will aim for 70 percent of them to respond positively to it before deciding to keep it in the store.

Once he reorders product, there’s a new standard that the product must meet in order to have a place within his store’s humidor. He’ll give reordered product three to five months before deciding how to handle it going forward. If the product doesn’t move in that timeframe, he doesn’t necessarily nix it right away. He’ll move the product that’s lost traction into either a space of a popular product or near it in order to bring new eyes to it. From this point, Talanca gives a product six months and two relocations in the store’s humidor before deciding to discontinue it all together. This form of merchandising is called alternating, and though it doesn’t work for every retailer, it has had positive results for Boss Cigars.

“If a brand that’s been out of here for, say, a couple months has people really asking about it, I’ll bring it back—maybe not as much, but I’ll bring maybe three or four faces back. Here’s the interesting thing about it. When I bring it back in, consumers walk in the humidor, and they go, ‘Oh, crap, it’s something new!’ They think it’s new again! I mean, it’s weird. It’s a mental game; it seriously is. They’ll end up grabbing it, and then it has traction action. So even if I nix it from my humidor, there’s a chance I’ll bring it back. It’s just the way we do it to keep people excited, but it’s weird how that works.”

In addition to having a unique offering of products, Talanca also advises tobacconists to have cigars and accessories at different price points in their stores. The sweet spot for his customers is typically $7 to $13, but having some higher-end cigars and creating an area of the humidor or store where these products are on display can appeal to the consumer looking for something completely unique and rare—or even to the nonsmoker that enters the store in search of a one-of-a-kind gift for their cigar-smoking friend or family member.

“You never know if you might sell something if you don’t put it in your store to begin with,” he says. “You can’t just put it on a shelf in a corner—if you showcase it well, it goes a long way. It’s about presenting products to the consumer to make them think about it at least. All we want them to do is just think about trying it.” 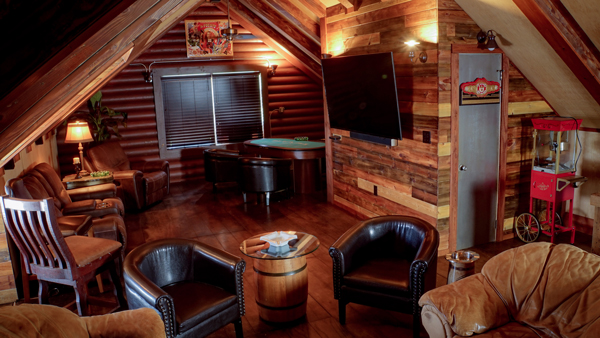 Lessons Learned
Being a business owner isn’t easy work, especially when working with a product like premium cigars. For Talanca, being a great tobacconist means focusing on multiple things at once and constantly adjusting one’s approach to business based on experiences and lessons learned along the way. Good tobacconists, in Talanca’s opinion, are those that keep their humidors well-lit, organized and clean. It also comes down to being consistent in trying to deliver a good experience for customers, even if it means taking a few chances.
“Listen to your customers, pay attention to them, engage them,” he says. “Be willing to take those risks because you obviously took a risk starting your business in the first place.”

If given the chance to do things differently in his own pursuit of building Boss Cigars, Talanca says that he would likely do nothing differently. “I’ve made a lot of mistakes. I’ve done some things right and then some things wrong. I feel that where we are in life is a combination of things that we’ve done to get us where we’re at. If I hadn’t done what I’ve done while building the business the way Ann and I have, we might be in a different direction right now. Everything we’ve done has led us to where we’re at. I wouldn’t change one thing, mistakes included.”

For other tobacconists, Talanca has some simple advice that his father gave him about business over the years: Don’t get complacent and expect things to just happen on their own. Get excited about your business, focus on building your brand, and, at the end of the day, don’t be afraid to try something new.

This story first appeared in the July/August 2020 issue of Tobacco Business magazine. Members of the tobacco industry are eligible for a complimentary subscription to our magazine. Click here for details.