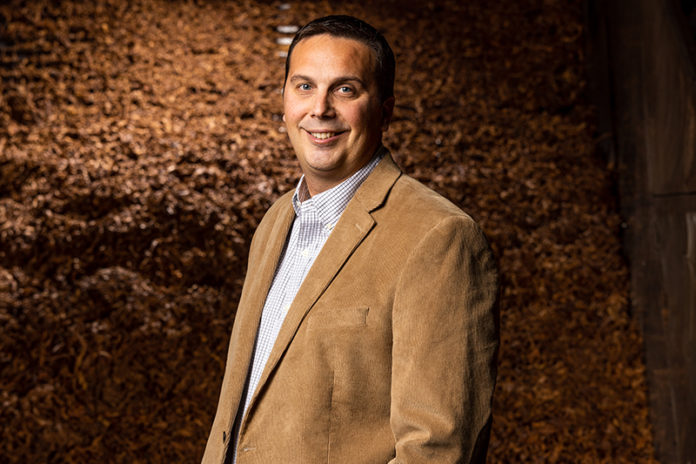 When McKenna came on board in 2015, Sutliff Tobacco Company was in the process of expanding its wholesale and fulfillment business. It handled both of these business needs for Villiger Cigars before the company moved its business to Miami, Florida. These strategic partnerships opened up entirely new business opportunities for Sutliff Tobacco Company that helped it expand its focus far outside of its pipe tobacco origins. It also helped the company to become a highly valued partner to many retailers. 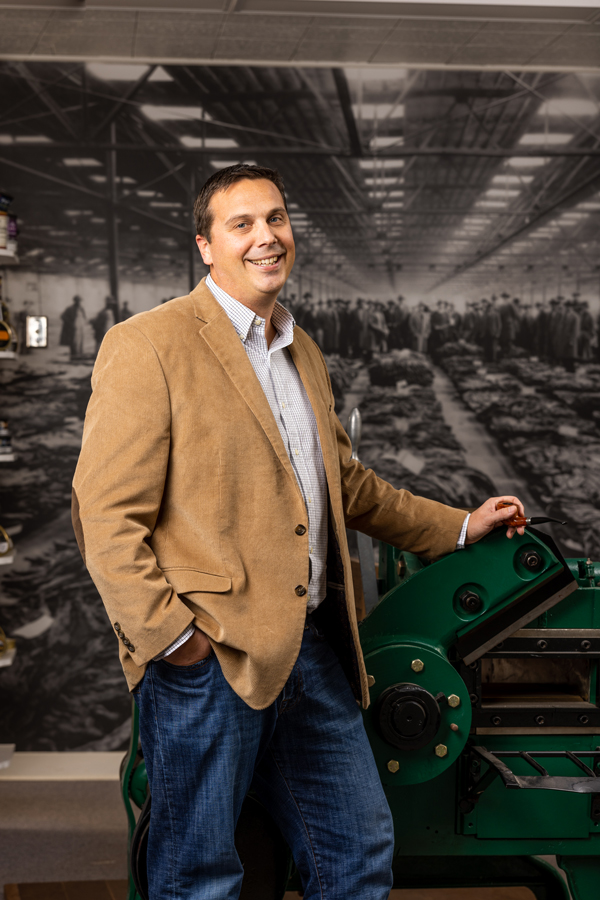 Relationship building is part of Sutliff Tobacco Company’s core competencies that McKenna and his predecessor both saw great value in. Sutliff Tobacco Company wanted to take its industry relationships to another level when it decided to expand its premium cigar distribution. One of the trends McKenna has followed has been the changing makeup of its retail partners. In the past, most tobacconists just carried pipes and pipe tobacco. Things have definitely changed. Today, a tobacconist can be or mean many things: a cigar lounge owner, a brick-and-mortar store, an online retailer or even a store with a very small pipe tobacco selection. When analyzing its customer base, it was determined that offering some premium cigar products was a natural fit for many of the retailers the company was doing business with.

Finding the right brands to represent was a process itself. One of Sutliff Tobacco Company’s pipe tobacco brokers, Mike Perales, had friends that owned boutique cigar companies. He brought them into Sutliff’s offices to make an introduction and explained that these companies had not had the best results with distributors in the past. Some of the issues they experienced included inventory problems, delay of payments and issues with timely shipping. These problems are not uncommon for small companies that are focusing on growth and performance, McKenna realized. These were problems that he also determined Sutliff could help solve. The first brand Sutliff Tobacco Company brought on was Regius Cigars, followed by Patina Cigars.

“First and foremost, we believed in these brand owners,” McKenna says. “They were excited about their product, they were energetic, but they were facing hurdles as basically a single-person operation. They were dealing with their cigar, box and band manufacturing, billing, collections, payment processing, importing, order fulfillment, and federal and state excise taxes, and they were also trying to sell on their own or through a brokers network. It was just nothing but pain for them. I said, ‘Let us do all the non-sexy, non-fun stuff because we have a system in place to handle it, and it’ll allow you to do the important things that make your brand who your brand is, whether it’s the blending or the sales piece.”

Sutliff Tobacco Company handles the warehousing, shipping, invoices, collection of remitting taxes, running of credit cards and many other business-related tasks that often prevent small cigar brands from growing. Today, Sutliff Tobacco Company serves as the distributor for a number of brands, including ADVentura, Casa Current, Drunk Chicken Cigars, Emperor’s Cut, Los Caidos, Matilde, Patina, Regius, Tarazona and Veritas Cigars. Also part of Sutliff Distribution Group are several non-cigar brands, such as Cobblestone Pipe Tobacco, Eltang Basic Pipes, Rattray’s Pipes & Accessories, Seattle Pipe Club and White Elephant. These are all products and brands that McKenna and his team believe in, and each has its own unique story and offers something different to retailers.

An Expanding Network
Each brand that Sutliff Tobacco Company has brought into its distribution division has helped it to expand its network of retailers. There’s some crossover of accounts, but the company has found that each brand has retail partners that are not yet one of its customers. These new business relationships offer Sutliff Tobacco Company the chance to get more of its products into new stores. It’s also an ongoing focus of the company’s sales team to open new accounts. Trade shows, such as the Tobacco Plus Expo (TPE) and the Premium Cigar Association (PCA), are two of the company’s biggest opportunities to meet retailers and open new accounts. Also, the company has earned a reputation in the industry for its customer service and support of brick-and-mortars, which has helped bring in new business.

McKenna and his sales team use enterprise resource planning and customer relationship management systems; they do not allow technology to handle their relationships with customers. Although Sutliff Tobacco Company is now selling some tobacco products directly to consumers through its recent acquisitions of tobaccopipes.com and cupojoes.com, McKenna and his team have opted not to launch an online ordering portal for their retail partners out of fear of losing the personal touch that Sutliff Tobacco Company has built its business on over the years.

“We feel that one of our core competencies is that personal touch and relationship that our inside sales manager builds with the customers,” says McKenna. “That’s something that has set us apart for years now and will continue to. That’s the only reason why Sutliff hasn’t gone to that sort of online ordering platform—not because we’re afraid of technology; we just don’t feel like it fits with who we are.”

Understanding what defines Sutliff Tobacco Company and its business is something McKenna learned while in the U.S. Army Reserve. One of his mentors while he was serving ingrained in him the importance integrity had in building relationships. “One thing he always told me was everything you do, do it with integrity,” he says. “You’re not going to remember everything you said and everything you did, but what you will know is if you did it with integrity or not. I treat every relationship I come into with integrity. I never have to worry about looking over my shoulder and wondering if someone is going to catch me in a lie because there are none. I can’t do business that way, and I don’t really want to do it.”

In his relationship with his staff, McKenna is big on empowering each employee to not only do their job but also to take ownership in their jobs and to make appropriate decisions. While employees have some autonomy, McKenna stresses that in order to keep Sutliff Tobacco Company on the right path and retain its customers, he has to verify that what each employee is doing is benefiting their job and the company overall.

“A lot of managers empower and trust their employees to do whatever, but they never verify or check behind them to make sure that they’re doing exactly what they should with the standards that you expect out of them until something goes wrong,” he explains. ‟All of a sudden, you lose a customer, something happens, and you start digging into why that happened, and what you find out is that you laid out a clear expectation, but it wasn’t being followed or wasn’t completely understood. So empower trust but verify.”

McKenna’s leadership style has gotten verifiable results itself. Half of Sutliff Tobacco Company’s staff has been with the company for over 20 years. When an employee is hired, most stay on with the company for years. McKenna sees the company’s high employee retention rate as being a reflection of how happy people are with their jobs and with the company itself. Financially, success is verified by how many pounds of tobacco the company sells. The higher the poundage, the more tobacco that is being sold and the more manufacturing that is taking place. The more manufacturing taking place, the better Sutliff Tobacco Company is doing overall. 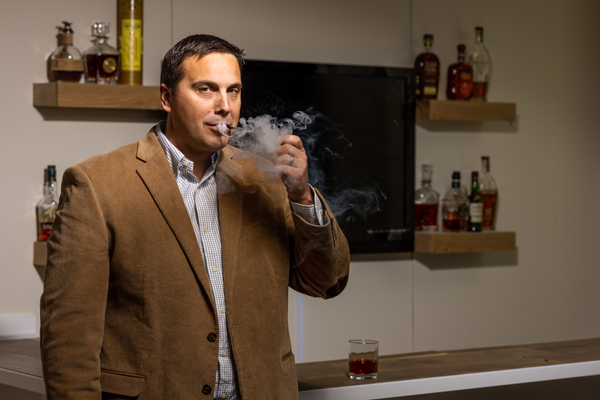 The Advantage
As with most tobacco businesses, the only real challenge to Sutliff Tobacco Company’s growth is the government. Whether it’s the deeming rules or the threat of higher taxes and increasing regulations, the activities and actions of the government are another ongoing “trend” McKenna tries to stay on top of. Even after 173 years in business, pipe tobacco is at the core of Sutliff Tobacco Company, so local smoking bans or attacks on flavored tobacco products do present obstacles to retailers and consumers in the enjoyment of the company’s main product. Still, Sutliff’s long history is also its advantage as many of its products are considered grandfathered in, meaning that when it comes to supplying pipe smokers with great tobacco, Sutliff will continue to be a major force in the pipe tobacco category.

At this year’s TPE trade show, attendees can expect Sutliff Tobacco Company to showcase all that it has to offer. With one of the largest booths this year, the many boutique cigars the company distributes will be prominently featured in its booth, with each of their stories being presented in an engaging manner. Another centerpiece of the booth will be what the company has begun to refer to as its “Tower of Power,” which is a display of over 120 different bulk tobaccos in jars designed to give retailers plenty of inspiration for tobaccos that will appeal to both new and seasoned pipe smokers. With the chance to see, smell, handle and even smoke this pipe tobacco, retailers will get to experience firsthand the passion and products that have contributed to Sutliff Tobacco Company’s long history.

Regardless of your retail outlet’s size, the amount of money you plan to spend, or whether you’re a brick-and-mortar store or online retailer, McKenna guarantees you’ll get unmatched customer service and will be treated like the company’s top customer. McKenna has a simple parting message for retailers: Sutliff Tobacco Company is here for you. Whether a retailer is in search of a unique pipe tobacco blend for their store, needs a small or large quantity of tobacco, or is in search of accessories and cigars that will set their store apart from its competition, Sutliff Tobacco Company has something to offer you and your customers.

This story first appeared in the November/December 2021 issue of Tobacco Business magazine. Members of the tobacco industry are eligible for a complimentary subscription to our magazine. Click here for details.

– Photography by Nick Davis. Story by Antoine Reid, senior editor and digital director for Tobacco Business Magazine. You can follow him on Instagram @editor.reid.