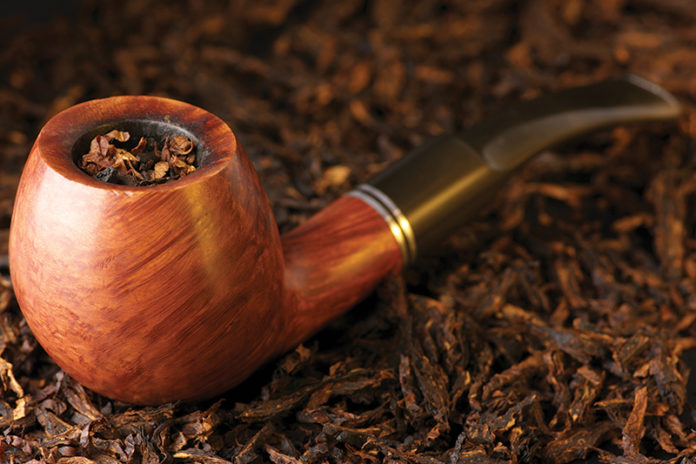 While the variety of pipe tobacco blends available on the market today can be a little intimidating for any tobacco retailer to master, knowing the qualities and characteristics of some of the most commonly used varietal tobaccos—the building blocks of any pipe tobacco blend—can provide clues to what flavors and aromas a particular pipe tobacco blend will present.

To help any retailer unfamiliar with traditional pipe tobaccos make a more informed decision on what blends to bring into their shops, Tobacco Business offers a basic explanation of pipe tobacco’s broad categories and a brief description of the varietal tobaccos most commonly used in these blends.

Aromatic, Non-aromatic and English Pipe Tobaccos
Traditional pipe tobaccos can be divided into three broad categories—aromatic, English and non-aromatic. The aromatic blends outsell the non-aromatic blends by a large margin, primarily because most people, especially beginning pipe smokers, are attracted to the sweet and savory aromas emanating from these blends—scents such as caramel, cherry, vanilla, nougat, rum, whiskey, maple or chocolate.

Non-aromatic blends also contain tobaccos that have been enhanced by flavoring, but this flavoring is so light that it’s almost imperceptible. Any blend that isn’t an aromatic or an English blend is lumped into the non-aromatic category. These include blends of Virginia tobaccos, unflavored burley blends, and blends of Virginia and perique (popularly known as VaPers in the pipe smoking community). These blends range from mild and sweet to heavy, spicy and bold. These tobaccos typically contain high levels of natural sugars so they can burn hot in a pipe, so they must be smoked slowly to avoid tongue bite and to get the most out of the tobaccos’ natural flavors.

Tobacco Varietals
Burley: Burley is by far the varietal tobacco most commonly used in pipe blends. Most American-grown burley is cultivated in Kentucky and Tennessee. By itself, unflavored burley offers a mild, nutty and slightly bitter taste that’s very subtle. A typically thicker leaf than other varietal tobaccos, burley is used to add body to a pipe tobacco blend, and its slow combustion rate benefits many pipe tobacco blends as well. However, burley is most commonly used because it’s ideal for using as a base for aromatic blends—its naturally low sugar content allows it to easily absorb any flavorings or casings that a pipe tobacco blender wants to apply to it.

Cavendish: Cavendish isn’t a particular tobacco variety, but rather a processing method. It can be used on almost any leaf but is usually used on burley or Virginia tobaccos. The processing method’s origin is attributed to Sir Thomas Cavendish, who, while on an expedition to Virginia in 1585, discovered that dipping tobacco leaves into sugar produced a milder smoke.

Cavendish produces typically mild and sweet tobaccos. To produce Cavendish, the tobacco is flavored or sweetened, pressed into cakes about an inch thick and then heated under pressure and allowed to ferment for a few days to a few weeks. The tobacco is then cut into flakes or ribbons, or sometimes re-pressed into cakes or cut into granules. The most well-known variety is Black Cavendish, so-called for its deep, dark and rich black color. Like burley, Cavendish is most commonly used in aromatic tobacco blends and is often flavored to taste like cherry, coconut, rum or vanilla. Pipe tobacco blenders like to use Cavendish because it is a slow-burning leaf and its mild and sweet characteristics can moderate the flavors of other leaves in a blend.

Oriental Tobaccos: Oriental tobaccos come from countries in the northern and eastern Mediterranean regions—Greece, Cyprus, Turkey, the Balkans and Syria—and include Latakia. These tobaccos are famous for their fragrant aroma and are used as the major component in English blends.

The most well-known oriental tobacco is Latakia, which isn’t a tobacco in its own right but refers to a process that cures tobacco over fires burning fragrant woods such as cyprus, yew, pine or juniper. The tobacco absorbs the smoke, which gives it a distinct peppery and smoky flavor and aroma. Latakia originally came from Syria, but that source is no longer available. Cyprus provides most of today’s Latakia. Latakia is too strong to be smoked by itself so it is used as a condiment tobacco to add flavor to English blends.

Oriental tobaccos tend to smoke cooler than burley or Virginia tobaccos, and tobacconists can recommend blends based on Oriental tobaccos for customers complaining of tongue bite from smoking an aromatic blend or blends filled with sugary burleys and Virginias.

Perique: The name “perique” refers to a processing method used by Native Americans living in present-day Louisiana. (For a brief history of perique and how it is processed today, see “Perique: A Resurrection Story” in the January/February 2018 issue of Tobacco Business). Most often, burley undergoes the perique process, which produces a distinctive condimental tobacco that would be too strong to smoke on its own. Typically, perique is blended with Virginia tobaccos, and a little bit goes a long way.

Authentic perique tobacco is grown in St. James Parish, Louisiana, where it is also processed. For many years, perique processors blended perique with other tobaccos to supply the world’s market, but in recent years a very small supply of pure St. James Parish perique has become available. Kentucky Green River burley is also used to make perique.

Virginias
Despite their name, Virginia tobaccos are grown around the world, including North America, South America, Asia and Africa. The term rather describes the type of seed that’s used and the flue-curing process in which the tobacco is exposed to high heat inside the curing barn to produce a bright color and to lock in the natural sugars contained in the leaf. Slow-smoking a straight Virginia or a Virginia blend typically rewards a pipe smoker with a sweet and tangy flavor. Due to the high sugar content, straight Virginia pipe tobaccos age well in the tin, and some pipe tobacco enthusiasts enjoy collecting aged Virginia tobaccos.

Virginias are classified by color—bright, golden, red and lemon are the most commonly used descriptions—and, generally, the darker the color the lower the sugar content. Lighter Virginias tend to be spicy, while darker Virginias offer a deeper and more complex flavor. Pipe tobacco manufacturers sometimes stove Virginias, cooking them to speed up the fermenting process. Stoving produces darker tobacco and lowers the sugar content.