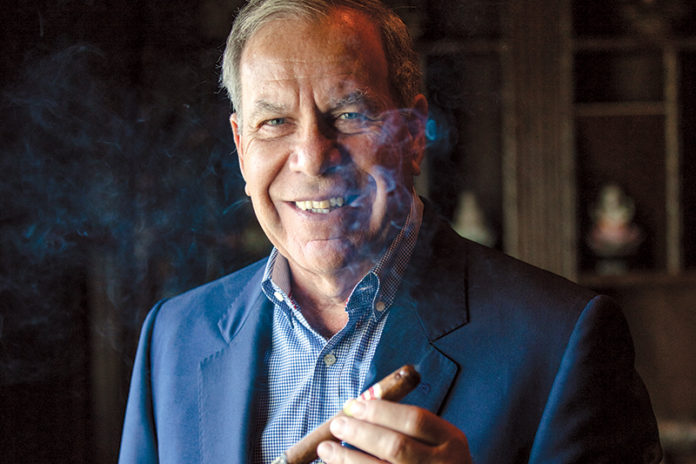 In February 2013, a group of the nation’s top premium tobacco retailers joined together to create their own cigarmaking company, Sindicato Cigars. Led by Abe Dababneh, the owner of Smoke Inn Cigar Company and Kiss My Ash Radio, a group of nearly 70 retailers had met at the previous year’s International Premium Cigar & Pipe Retailers Association (IPCPR) trade show in Orlando, Florida. There they discussed creating their own brand of cigars, having grown weary of working to build manufacturers’ brands inside their stores only to see those same brands for sale on websites and in catalogs at prices that they could not meet. From that initial meeting, 45 retailers agreed to invest an undisclosed sum to begin Sindicato Cigars. They selected Jim Colucci, who had retired from his job as executive vice president of sales and marketing at Altadis U.S.A. roughly 18 months before Sindicato’s establishment, to serve as the company’s president.

“Sindicato’s retailers got into the cigar business and made their own brand because they were tired of building brands in their brick-and-mortar stores only to see the manufacturers then selling the brands at deep discounts to the catalog and internet companies,” says Colucci, who continues in his role as Sindicato’s president while recently taking on the same duty for Gurkha Cigars. “Retailers aren’t making a lot of money, and those who have businesses in states with high taxes are getting killed. Abe’s idea was that Sindicato Cigars would build brands for sale at only brick-and-mortar retailers.”

Sindicato Cigars would lean on the collective experience of the company’s retail members and Colucci’s long career in the cigar industry to create unique premium handmade cigars. Cigar retailers would appreciate the company for its focus on serving them. Consumers would love Sindicato Cigars for its cigar flavor profiles and price points. However, some critics at the time of Sindicato Cigars’ founding deadpanned that the company would never last—there were too many cooks in the kitchen that would spoil the broth, they claimed. There was also a lot of misinformation spread throughout the industry about the company and its goals, which made the company’s early months very difficult. 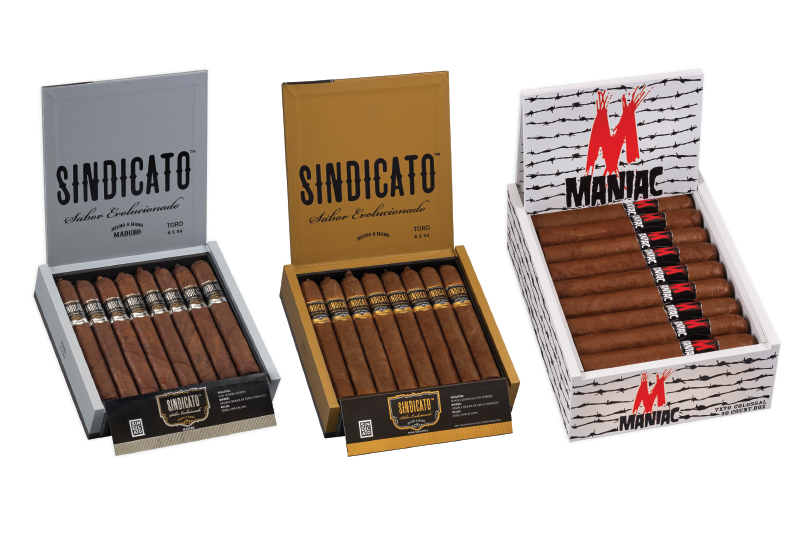 “We were basically boycotted by some of the regional brokers because some manufacturers were upset,” Colucci recalls. “They feared that the retailers would take their stuff off their shelves for only Sindicato’s cigars. It’s ironic that it’s OK for manufacturers to buy or open retail stores but it’s not OK for retailers to become manufacturers. Our competitors were also telling people that you had to be a member of Sindicato to be able to sell its cigars. That was complete BS. That was never the case. We have more nonmembers who sell our cigars than we have members, and some of our nonmembers have become members by buying shares in Sindicato.”

Yet six years later, Sindicato is as strong as it’s ever been, with an impressive array of brands that includes Sindicato, Sindicato Maduro, Affinity, Affinity Maduro, Casa Bella, Maniac, Cubico and Particulares. The company has 45 stockholders, made up completely by premium tobacco retailers—who, among them, represent more than 100 stores across the country.

Strong Partnerships
The secret behind Sindicato’s success has been the dedication the company shows to its retail partners. The company runs a series of promotions geared at sweetening its retailers’ bottom line. For the holiday shopping season, Sindicato offered retailers a buy three, get one free promotion on its boxes and asked those who bought into the deal to pass their savings on to their customers by offering a buy three cigars, get one free promotion themselves. The company supported the deal with marketing materials, such as shelf talkers and posters.

“Giving retailers extra margin is the focus of our business model,” Colucci says. “We’ve got great cigars that we know fit into the flavor and strength profiles that consumers want. We’re confident that if they carry our cigars they’ll improve their bottom line. They’ve just got to give us a chance.”