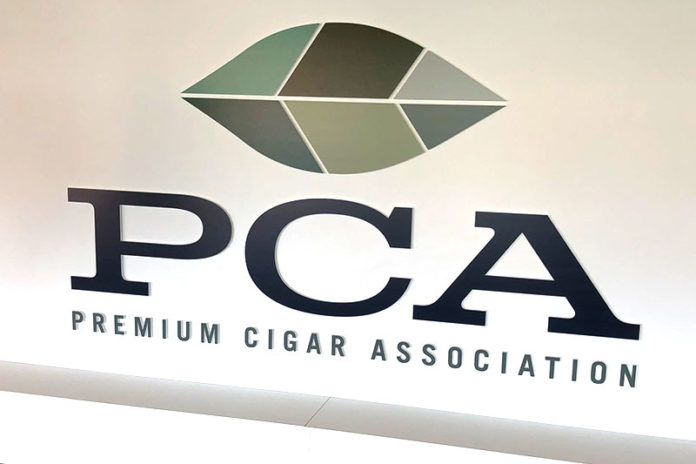 Typically, the question everyone asks after each International Premium Cigar & Pipe Retailers Association (IPCPR) trade show and convention is “What’s new?” This year was no different but the biggest news to emerge from the biggest trade show gathering of the premium cigar and pipe retailers association this year was that the IPCPR as we know it is changing.

It was perhaps the worst kept secret of the industry, in part brought on by the “tease” a week prior to the show that led to a week’s worth of leaks and discussions about the pending changes set to hit the premium cigar and pipe industry’s most prominent trade association. On June 28, 2019, the IPCPR’s executive director, Scott Pearce, formally announced that the IPCPR would from here on be known as the Premium Cigar Association (PCA). At the start of the news conference, Pearce tackled the question of why the rebranding was necessary and why they chose now to do it. 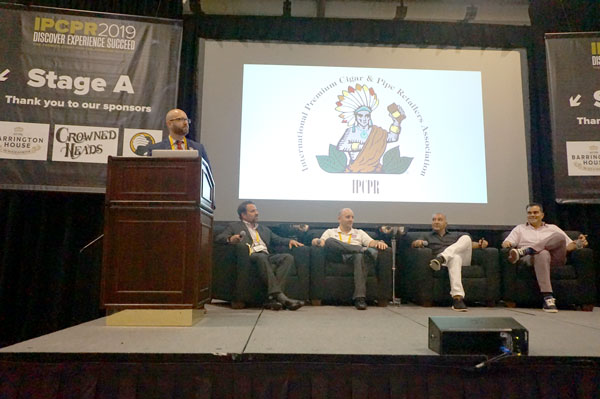 “The political and regulatory landscape has changed tremendously. The new universe demands that we as an organization and an industry start going forward with a forward-thinking approach that doesn’t solve the problems of today or of yesterday but really provides us with an absolute platform in order to solve the problems going into the future. Because unless we start doing that, we won’t be able to plan out a trajectory of growth or sustainable growth in the industry for the next 10, 15 or 20 years. We’re always going to be reactive,” Pearce explained.

From there, the board examined the question of how it could provide more value to its members, including its retailer and its manufacturer members. The changes were designed to help all of its members make more money, do its business better, decrease costs, and ultimately boost profits. The group worked with an outside agency to come up with the new name change which was chosen to make the organization’s focus clearer to those outside of the industry. Pearce told the story of someone on Capitol Hill who mistakenly thought the organization was a health group, confused by the “CPR” part of the association’s name.

“Our rebrand, our name, what gives us credibility on Capitol Hill right now, our name needs to have a stature and credibility larger than what currently exists,” explained Pearce.

The new logo strips away the recognizable Native American Indian in place of a multi-colored tobacco leaf. Pearce explained that the dark green in the logo represents the tobacco fields and factories where the tobacco is grown and harvested; the deep browns represent where the tobacco is cured; the gray is the ash. The division of the logo into threes represents when the organization was first launched in 1933. The new name and the logo were settled on with the purpose of being a very striking and sharp organization that would help communicate to policy makers what the organization is about and what its focus is. This modernization of the association was designed to help them protect and grow the premium cigar and pipe tobacco industries through innovation, education, advocacy, market research, and the facilitation of business relationships.

Defense of the Industry
Pearce used a football analogy to demonstrate how the organization must go on the offensive in order to win in today’s political climate. He explained how the association focuses on every state but how this approach is costly and requires more funds to properly fight and win.

“We want our stories and our advocacy to reverberate and echo in the halls of every state capitol–your stories of small business, what you do for your community, how you give back to the communities and the jobs and taxes that you pay is all critical. It’s all stories that move the needle,” said Pearce.

In August, the association is launching a new PCA Foundation for research and education as a way to produce more data that helps in the group’s efforts. On Sept. 5, 2019, the PCA has its first Black Caucus with legislatures where the association will host these lawmakers in its townhouse and educate them on cigars and what’s needed to help them. The PCA will also hold a Casino Night fundraisers later in the year to raise money for its PAC initiatives.

A Full Service Organization
In October, PCA will hold an in-person workshop at its townhouse that will evolve into a roadshow that will continue in Dallas later on. In 2020, PCA will also launch an online learning platform for retailers, their customers, manufacturers and sales reps with trackable training on topics that include inventory control, finance management, customer sales and service, age verification and FDA compliance.

PCA will have a new website that will launch in September 2019. The new website will include tools and resources, including the buyer’s guide that replaces the old Almanac that many are accustomed to. This new buyer’s guide will reportedly included up-to-date product and sales representative details so that retailers will easily be able to get the products that they need for their stores with ease. PCA will also be producing more white papers that cover best practices and standards. There will also be a blog that will facilitate in the sharing of stories and vital information. Industry and legislative news will also be part of the new website, making it a one-stop for retailers and manufacturers.

The organization is also launching its own bi-monthly publication, PCA: The Magazine, with the intent of becoming the Harvard Business Review for cigar retailers and manufacturers. The new magazine will focus on best practices and examples from both inside and outside of the cigar industry.

CigarCon
Perhaps the most jarring change announced was the introduction of a consumer day to the trade show, known as CigarCon. Pearce explained the necessity of including consumers in the reboot of PCA, expanding the organization’s focus which has been primarily fixed on retailers and manufacturers up until now. CigarCon is described as the the ultimate man’s weekend–cigars, spirits, food, keynote speakers and other parallel luxury industries. CigarCon is part of PCA’s effort to revitalize the trade show and offer more value to retailers and manufacturers who are attending and exhibiting each year.