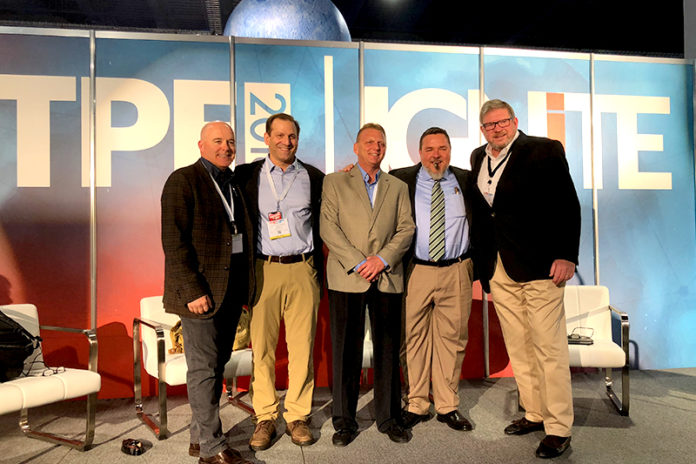 What does it take to be a successful tobacco retailer in today’s world? That was a question posed to some of the industry’s top retailers this year at Tobacco Plus Expo (TPE) in Las Vegas, Jan. 31-Feb. 1, 2018. From local ordinances limiting sales to tax hikes and even technological challenges, being a tobacco retailer today is not for the faint of heart. Klafter’s, Inc.’s Randy Silverman, Smoker Friendly’s Terry Gallagher Jr., Corona Cigar’s Jeff Borysiewicz, Collett Enterprise’s Darren Collett along with moderator Frank Armstrong tackled this subject and provided retailers with tips that can help them not only succeed but make more profit in the new year.

TURN CHALLENGES INTO OPPORTUNITIES
Silverman noted that as a retailer, he and many others have faced many challenges over the years. From the State Children’s Health Insurance (S-CHIP), the increasing regulations and rules imposed by the U.S. Food and Drug Administration (FDA) and the Master Settlement Agreement, there’s been an endless supply of challenges over the years.

“In 2003 the first cigarette volume based on cost was 82 percent. In 2017, it’s 48 percent. When I look back and think about how did we go from 82 percent cigarette sales to now 48 percent, what activities, what events occurred since then? There was the incredible raise in cigarette taxes, S-chip which was probably the single biggest change in our company and FDA regulations. So we had to react to all of those. In most cases we tried to turn those into opportunities.”

Gallagher noted that his business has faced similar challenges and as those changes to the industry prevented him and Smoker Friendly from achieving certain goals, it decided to evolve and embrace tobacco as its main profit center, slowly growing away from its gasoline origins.

FIND A CORE FOCUS
Building on Gallagher’s comments, Borysiewicz stressed the importance of having a central focus to your retail operations. “Corona Cigar is strictly premium cigar business,” Borysiewicz commented. “We’re not into vape, we’re not into the other tobacco products like cigarettes. The reason I wanted to mention that is that we focus on a core area and I think that’s important whether you’re selling vape or you’re selling other tobacco products – I like to think of us as a specialist in what we do.”

PATHS TO GROWTH
Also discussed by the panel was statistics that illustrate just how profitable tobacco retail is. The total overall volume of tobacco in the U.S. retail was revealed to be close to a $100 billion market, $76 billion of that being in cigarettes. Tobacco stores own 7.8 percent of that business in the U.S. with women making up 45 percent of tobacco consumers, men 55 percent. The interesting part of that study showed that 83 percent of tobacco retail consumers are in the age group 30-64, and only 17 percent are from the 21-29 age group, meaning there’s opportunity to capture new business for tobacco retailers.

Each retailer had a different take on ways retailers can grow their businesses. At Klafter’s, expanding its product offerings to include glass pipes proved to be a profitable move as it added a higher margin item to its store’s shelves, participating in the emerging cannabis market without actually selling cannabis itself.

For Collett, growth starts within your own staff. “You have to have your associates engaged. It requires education,” he explained.

Merchandising can lead to big gains and is often overlooked when trying to boost sales within a retail space, explained Gallagher. “We’ve always had premium brand, luxury brand cigarettes. We decided to focus on pre-Altria buyout of Nat Sherman and so the focus went to our glass counters, moving our premium and luxury cigarettes into the same case, and really take a look at our SKU mix and presenting it to the consumer in a much better way.”