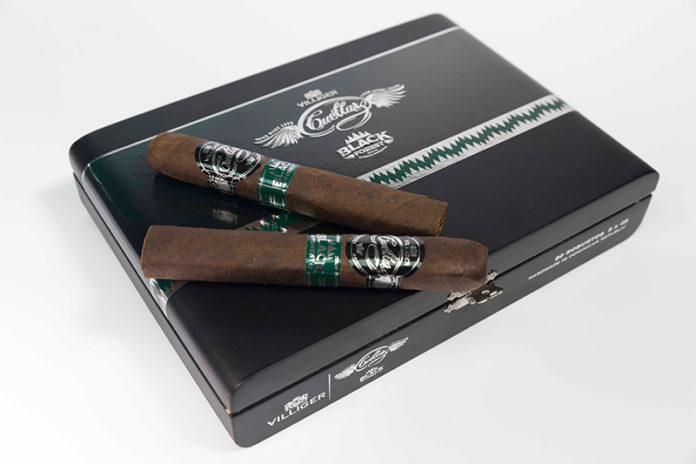 Villiger Chairman of the Board, Heinrich Villiger, grew up close to the Black Forest, which is the birthplace of many legends and fairytales and serves as the inspiration for the Villiger Cuellar Black Forest cigar. The Black Forest is so-named because of the dense pine forest that lies near Germany’s border with Switzerland. The trees grow so thick there that they block out the sun from reaching the forest ground. This combined with constant fog create an eerie ambiance, unnerving enough to have given birth to legends of werewolves, haunted monasteries, castles and ancient Celtic cemeteries. German based authors, the Brothers Grimm, based many of their dark fables on the Black Forest. The packaging of the Villiger Cuellar Black Forest visually communicates the aura of the Black Forest that the Grimm Brothers wrote about.