To try to contain the outbreak, several states began taking extreme measures, including closing restaurants, bars and clubs indefinitely as the number of infected continues to grow. New York, New Jersey and Connecticut all announced they were closing these businesses in a move to force social distancing and encourage Americans to stay at home. As the CDC released updated guidance urging all gatherings of 50 people or more, businesses, including those in the tobacco category, responded accordingly.

On March 16, 2020, Casa de Montecristo by Prime Cigar & Whiskey Bar, a popular cigar lounge located in Brickell, Miami, Florida announced that Miami-Dade county had implemented an 11 p.m. curfew for businesses. In addition, the county suggested businesses halve their capacity as well as make accommodations to encourage social distancing. In a Facebook post, Prime Cigar announced that it would be rearranging furniture to create more space between patrons as well as making it easier for customers to purchase spirits and tobacco products for consumption outside of the bar.

Other tobacconists are also responding to COVID-19 by instituting a “you touch it, you buy it” policy for cigars and discontinuing the use of a communal cigar cutter. Manufacturers are also making adjustments to their business. Miami Cigar & Company alerted retailers that the company’s reps would be limiting their in-store appearances but would be available by phone and email. It also stated that it anticipates some potential delays in product shipment as different providers begin limiting or cutting back on shipments to limit exposure to COVID-19.

Cigar factories are also being impacted, beginning with a country-wide weeklong shutdown in Honduras that was announced over the weekend. Christian Eiroa, founder of C.L.E. Cigars, posted the following video this morning announcing the temporary closure of his Honduran factory due to COVID-19:

The impact of the COVID-19 will be felt for some time in the tobacco industry, with the spread of the virus undoubtedly being felt and seen by businesses large and small as well as on the bottom lines of companies this year. The Centers for Disease Control and Prevention (CDC) has released guidance for businesses and employers to follow to slow the spread and impact of COVID-19 [read more here]. 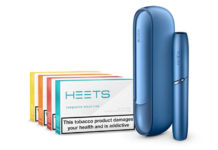 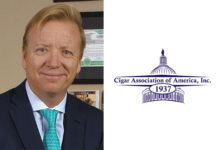