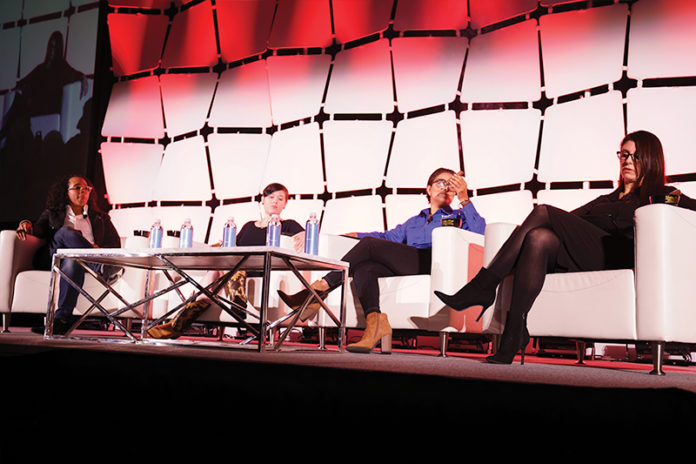 Both the economic power and the number of women who enjoy premium cigars are growing steadily. Yet, many premium tobacco shops have largely been unable to capture this growing pool of influential—and in many cases, affluent—customers. A panel of female cigar smokers and businesswomen met on Jan. 30 at the 2020 Tobacco Plus Expo in Las Vegas to discuss the ways that premium tobacco retailers can better serve their female customers. Erica Arroyo moderated this educational seminar, which was titled, “Sisters of the Leaf: Selling, Marketing and Promoting Tobacco Products to Women.” Arroyo serves as La Familia Robaina’s director of marketing and social media, and she is also a host of “The Lounge Experience” podcast. Joining her in the educational session were Rebecca Harvey, co-owner of Smokers Abbey in Austin, Texas; Indiana Ortez, quality-control manager and chief marketing officer at Agroindustrial Nicaraguense de Tabacos S.A. (Agrotabacos), her father’s cigar factory in Condega, Nicaragua; as well as Shawna Williams, director of premium wholesale at Drew Estate. 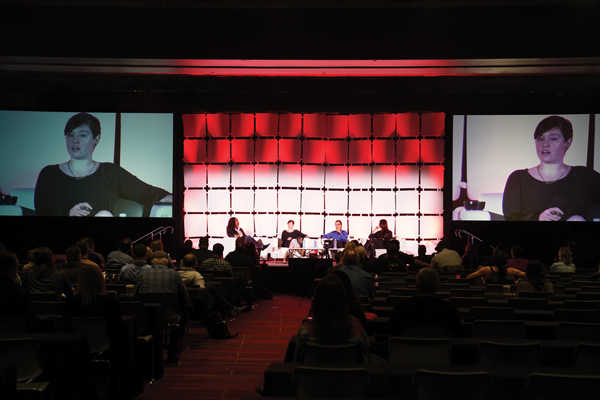 Kicking off the panel discussion, Arroyo asked Williams whether premium tobacco retailers should make a determined effort to market to women, given that they represent only a small demographic of the customer base compared to men.

“Absolutely,” Williams replied. “The No. 1 reason is [that] the growing economic power of women is one of the most important trends of our time. Women represent 60 percent of the personal wealth in the United States. Considering that women have such control over the household income, it would be ideal if they had some sort of positive connection with your brands, even if they’re not smokers themselves.”

Arroyo then asked Harvey to explain how Smokers Abbey uses social media to let its female customers know that the store has brought in a new cigar that might appeal to them and whether there are specific sizes that female customers tend to favor over others.

“We have a format that is specifically set aside for releasing each brand, and we highlight one size for the brand,” Harvey replied. “It’s all about comfort. You want the experience to be good, so don’t recommend a cigar that women feel uncomfortable with. I generally invite women customers to hold the cigar in their hand to see how comfortable it is, and then I ask them about the experience they’re trying to get and then find what will make them most comfortable when they’re smoking. It’s about feeling out each consumer and asking a ton of questions.”

The panelists agreed that the biggest factor in increasing a retailer’s female clientele is treating women customers with the same consideration and interest as you would your male customers. Arroyo pointed out that often when she walks into a new store, the employees assume that she isn’t a knowledgeable cigar smoker and don’t ask the same sort of probing questions that they might normally ask their male customers.

“It’s important to create an experience,” Williams said. “Don’t pander or profile. Don’t assume that she is shopping for somebody else. Ask questions to find out what they like.”
“Ask a ton of questions,” Harvey agreed. “[Making] assumptions is the worst thing you can do. You’ll always be wrong.”

Not only do cigars offer women an opportunity to enjoy relaxing moments, but they also give women employment. The cigar industry has traditionally been a male-dominated world, though touring any cigar factory in Honduras, Nicaragua or the Dominican Republic proves that women make up a large percentage of the workforce. Yet, in many cases, few companies have women serving prominent management roles, thus extending the misconception that working in the cigar world is taboo for women. Ortez is one woman who has achieved prominence in the cigar world as a blending expert and cigarmaker, and she has also become an inspiration to other women who aspire to be in the cigar business. Citing that 60 percent of her family business’s workforce is female, Ortez offered that empowering women to follow their passion and achieve their dreams is a great way to attract more female customers.

“Women should follow their intuition,” Ortez said. “Make a decision and keep working hard. Be committed to your dreams to be able to succeed in a male-dominated business.”