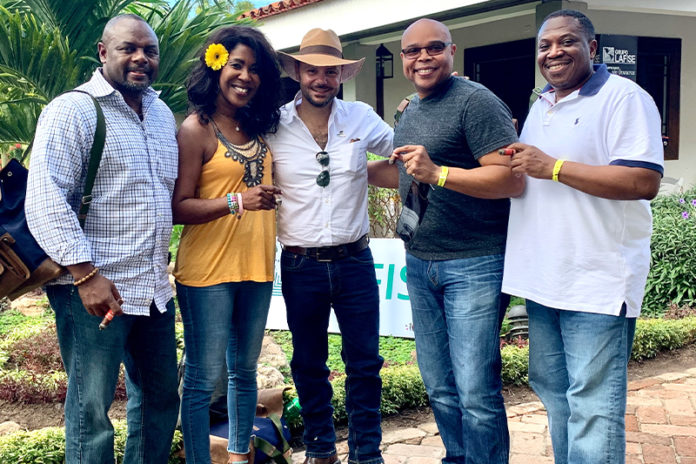 In the premium cigar industry, no one person is responsible for building a business or making a cigar brand a hit. It’s often a team effort that makes a business or cigar soar, which is the case for Emperors Cut. The name “Emperors Cut” is based on the tradition of an emperor receiving the best part of the first “cut” of the harvest in his empire.

“We crafted the name ‘Emperors Cut’ to mean the best of the harvest with the highest quality standards,” says Darnell Streat, head of procurement at Emperors Cut. “We consider the everyday cigar enthusiast to be the emperor of our product, so only the best will be considered for their smoking pleasure.”

The idea for a cigar brand came when Streat and a group of his friends and col-leagues decided to combine their knowledge and skill sets to bring a product to the
market that would be competitive in the U.S. and abroad.

“We thought with our various industry knowledge across business and manufacturing we could bring a different approach to producing and marketing cigars,” says Darryl Redmon, head of retail sales at Emperors Cut. “We spent several years talking about starting a cigar company, and the opportunity presented itself in 2017. We developed a business plan and started executing on our business objectives.”

Greg Willis, who handles the company’s production and manufacturing needs, added, “Understanding that the sales cycle would be longer, we were confident that we would capture both mind and market share.”

As the team behind Emperors Cut set out to build their brand, funding remained a constant challenge to the desire to grow the brand in the U.S. and internationally. The team has what it refers to as an aggressive growth plan that ambitiously sets a goal of growing 100 percent year over year during their business’s first three years. Three to four months before bringing the first Emperors Cut cigar to market, the team made investments in markets in order to generate cash flow. Today, managing cash flow is viewed as a full-time job within itself but one that is necessary to the growth of Emperors Cut. 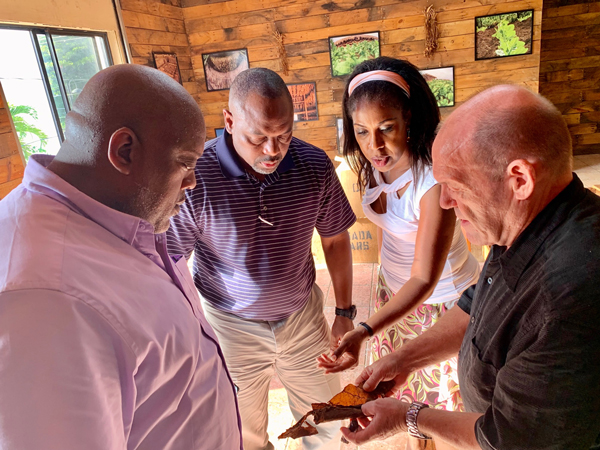 A Team United
Emperors Cut’s team consists of seven partners in total, each bringing his or her own knowledge of the tobacco industry and business management to the table. “We develop our own marketing concepts, we procure most of our materials associated with our cigars, we have partners focused on business development, and all partners engage in the sales process daily,” says Willis, head of manufacturing operations. “Together, we are able to manage 85 percent of our cigar business in-house.”

Willis oversees the manufacturing operation based on the annual forecast developed for the year. He handles all production requirements for the manufacturing process and also leads the marketing strategy associated with each Emperors Cut cigar. In addition to Willis, the Emperors Cut team includes Temi Bush, head of the company’s business development team. Bush is in charge of seeking out new opportunities to grow the brand within cigar lounges and retail shops. As the sole female of the group, Bush also helps to make sure that Emperors Cut remains accessible and welcoming to women who enjoy smoking cigars.

Robert Howard provides in-house counsel for Emperors Cut, in addition to leading the company’s compliance team to ensure that the company and its cigar products are following the U.S. Food and Drug Administration’s (FDA) guidelines as well as local laws related to tobacco products. Redmon is in charge of the company’s retail sales channel for small to medium-sized retail stores. He works closely with chain store owners to ensure they have regular access to Emperors Cut’s products. He also works with retail owners to develop a sales strategy for Emperors Cut cigars based on their monthly sales volume. Maurice Holland and Greg Hurt jointly lead Emperors Cut’s global logistics and fulfillment operations. Both men are responsible for all of the company’s raw material, customs and the transportation of its finished goods. Rounding out the team roster is Streat, who oversees contract negotiations, IT and procurement.

Each member of the team has a unique connection to or experience with cigars. Willis began smoking cigars with his father while he was in his early 20s. Bush’s first experience with cigars occurred when she was just a teenager in Panama and she tried a cigar left out by one of her uncle’s friends. Howard had his first cigar with his brother while at a friend’s house. He can still recall the aftertaste of the cigar and how it lingered for two days after he smoked the cigar. Redmon began smoking cigars while playing golf in order to shift his attention away from the game, which he says could still use more of his attention to this day. Holland began smoking cigars with others on the team, while Streat would smoke cigars with his college and military buddies on the weekend. Hurt also began smoking cigars on weekends as a way to help relax and reflect during quiet moments after a busy work week. 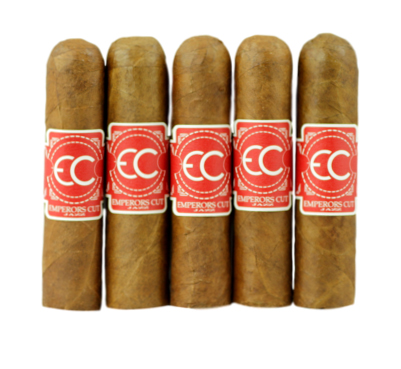 Ground the Pound
From the early days of the company, the team had a vision for what Emperors Cut would become and the type of products and services it wanted to bring to market. Before any product was actually available, the team set out to establish a few guiding principles to help guide them through the creative process. These principles touched on all the cornerstones of a good business and strong brand, including quality, customer service, accessibility and innovation. Once the “guard rails” of the brand were clearly defined, the team set out to develop concepts that represented their upcoming brand. The team also decided to use a small test group to test how their brand and vision would resonate with customers before they launched the product on the market.

Coming up with the different blends was also a collective team effort. Each blend would start with a concept, and the process would progress much like that of baking a cake: Different tobaccos were combined to achieve a unique flavor profile that the team felt its customers would enjoy. The concept blend would then be allowed to age, and it was later smoked by the team member so they could decide if they had a winning blend on their hands. The team is continuously experimenting with different blend concepts throughout the year in anticipation of the future.

For now, Emperors Cut consists of two lines: Natural Pleasure, a Nicaraguan blend, and Jazz Series, the company’s Dominican blend. For Natural Pleasure, the Emperors Cut team met with several companies and shared its vision of the type of blend it wanted to create. Many of the companies the team reached out to never returned their call or answered their inquiries, but they were able to find a family-run operation in Nicaragua that agreed to help bring the Natural Pleasure concept to life. For the Jazz Series, Bush asked many women involved in the tobacco industry for their input on who would be best to work with for Emperors Cut’s Dominican blend. The team was referred to different blenders, including Manuel Inoa of La Aurora Cigars.