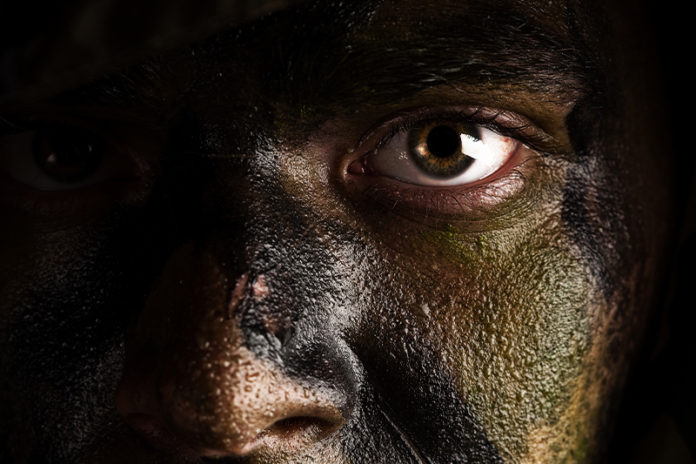 While we are continuing to fight the war against the COVID-19 pandemic here in the U.S., many of our troops remain deployed overseas. According to the military’s public affairs office, many of the countries in the Middle East—including Iraq, Afghanistan, Syria, Qatar, Bahrain, Kuwait, Saudi Arabia, Egypt, Yemen and Israel—still contain tens of thousands of deployed U.S. troops. There doesn’t appear to be any drawdown plan from those numbers, and with so much focus on China in recent months, those numbers could easily go up dramatically.

The charity Operation: Cigars for Warriors (CFW) supports the brave men and women of the U.S. military deployed throughout the world with warrior care packages that contain their No. 1 most-requested item: premium cigars. This year, CFW is also close to fulfilling one of its long-held goals of being able to include at least one 8-ounce bag of premium coffee in every box as well. Currently, CFW is able to supply around 60 percent of the packages, on average, with a bag of coffee. These packages include other items as well, such as cutters, lighters, magazines and swag that companies donate to go into the warriors’ care packages. While not all of the packages are the same, and some may be lacking certain items, CFW tends to have more and more packages that have a full complement of amazing gifts for our troops. 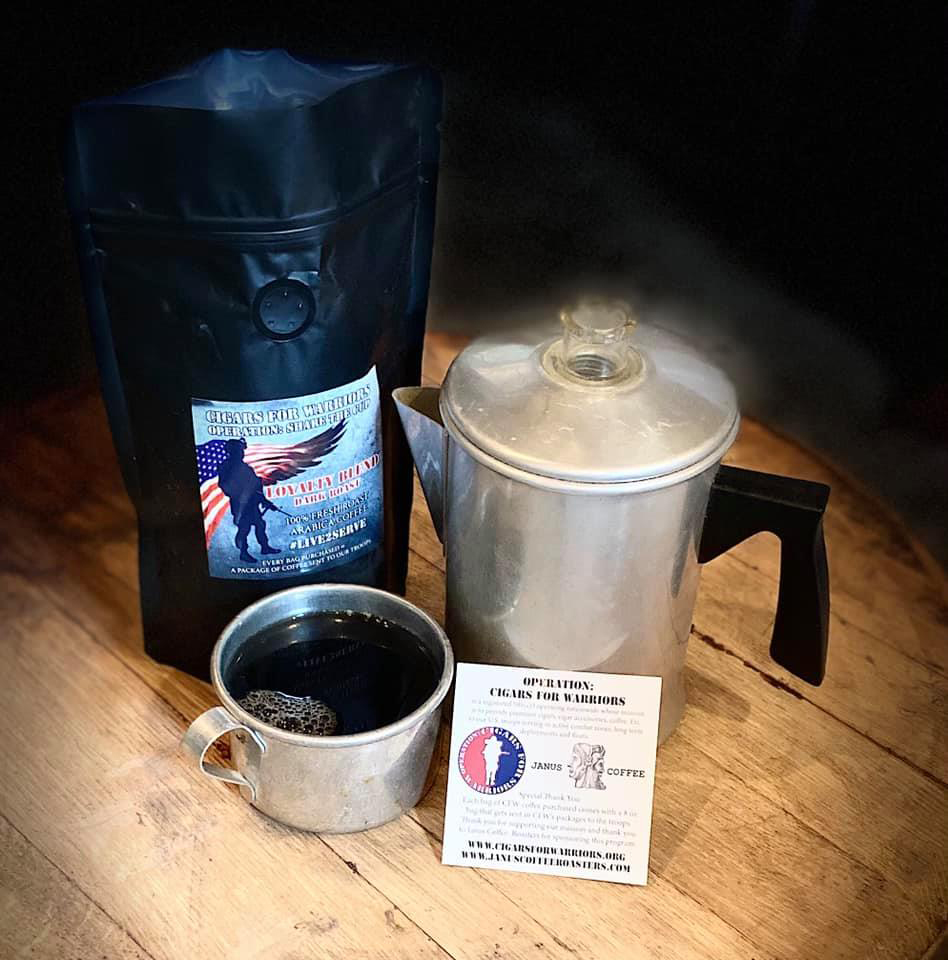 Honorable and Loyalty Coffee Blends
CFW has two phenomenal collaborations to share with our organization’s supporters. The first, an amazing coffee company called Janus Coffee Roasters, offered to work with CFW on a special release. CFW tested close to a dozen flavors that Janus Coffee Roasters blended for us before settling on two that our volunteer coffee snobs chose as their favorites. Not only will CFW receive a majority of the proceeds from this release but also for every bag purchased, Janus Coffee Roasters will turn around and donate another 8-ounce bag to CFW!

Shad Bates is Janus Coffee Roasters’ unofficial frontman. He owns a company called #34 that provides his local community with social and therapeutic services for abused and neglected children. Shad has a background in sociology and human services, and he has worked as a social worker, juvenile probation officer and regional manager within the state of Wyoming. After a full career, Shad moved back to his small hometown of Torrington, Wyoming, where he launched #34 to support young children in need. His younger brother, Shea Bates, also works for #34. Janus Coffee Roasters serves as a stress reliever for both men.

The idea to collaborate with CFW came after the brothers learned of the organization while attending several of Drew Estate’s Barn Smoker events. At the Barn Smokers, the brothers sold bags of Tabak Especial Coffee and donated a portion of the profits made from these sales to CFW, an incredible gesture considering this was the company’s first contract and they were willing to give part of their profits to charity. The brothers also have donated anywhere from 300-500 cigars to CFW yearly through the Rocky Mountain Cigar Festival and on their own. They instantly loved the mission of CFW, and the more they got to know a lot of the volunteers and board of directors, they saw this collaboration as their way of serving those who serve this country.

The Bates brothers, Shad and Shea, blended a beautiful dark-roast coffee that has been named Loyalty and a medium-roast coffee named Honorable. Both blends contain beans from Kenya and Rwanda. These coffees have hints of sweet cocoa, caramel, dry fruit and a subtle flora scent. The Loyalty blend is more in-your-face, while the Honorable blend is very subtle, with a bit more of the dry fruit aroma and flavor present. When you buy a bag of either of these blends for yourself, Janus Coffee Collaboration will turn around and send CFW a bag of the same blend with your name written on the bag as a donation. This kind and charitable act alone should tell you the love the Bates brothers have for our troops that are deployed overseas.

You can purchase the Cigars for Warriors Honorable and Loyalty blends from januscoffeeroasters.com.

#Live2Serve
CFW is very excited about the upcoming collaboration with Hiram & Solomon Cigars called #Live2Serve, a limited edition release with 100 percent of the proceeds being donated to CFW. This limited edition cigar will only be offered to official CFW donation centers beginning May 5, 2021. The MSRP will be approximately $10 per cigar. Those shops that do not currently have Hiram & Solomon facings will still be able to purchase a box of the #Live2Serve charity cigars. This will give retailers across the U.S. the opportunity to decide if they like a Hiram & Solomon product without having to invest heavily up front, which is almost unheard of in the industry and also a sign of how much the owner and his family believe in this project and cause.