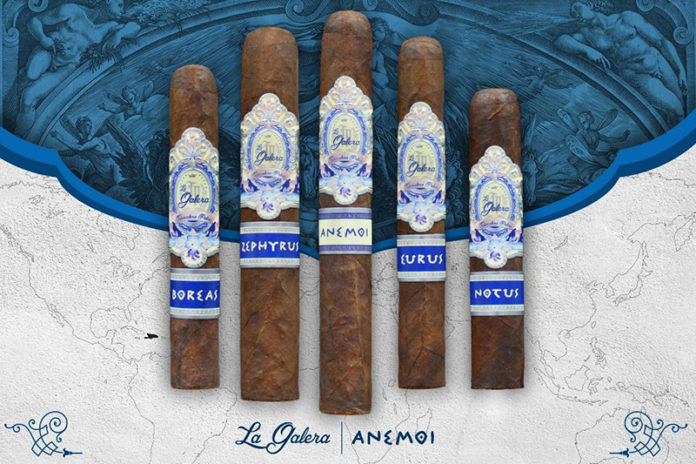 La Galera is paying homage to the wind for its next release that’s set for a debut at the 2019 International Premium Cigars & Pipe Retailers Association (IPCPR) trade show and convention in Las Vegas. La Galera Anemoi (pronounced An-nem-oy) is a new cigar brand that celebrates the role wind has in growing tobacco.

La Galera Anemoi will be presented in 20-count boxes and will be offered to some of the company’s top retail partners first. It will make its official debut at IPCPR 2019.

For all the latest news from La Galera Cigars, visit lagaleracigars.com.