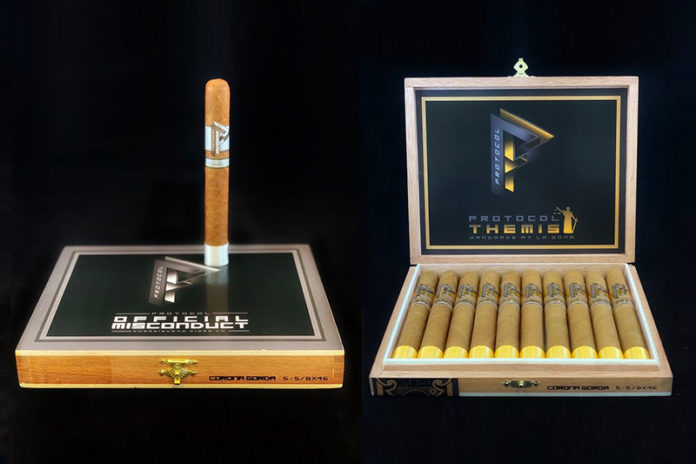 Themis Corona Gorda, which was previously introduced as a Famous Smoke Shop exclusive back in September 2018, will be available in a 5 5/8 x 46 size that’s packaged in 10-count boxes. The blend consists of an Ecuadorian Connecticut wrapper and Nicaraguan binder and fillers. A box of Themis Corona Gorda will have an MSRP of $99.40 per box.

Cubariqueño Cigar Co. has also announced the release of Protocol Official Misconduct Corona Gorda, a new size that’s going into regular production in time for IPCPR 2019. The Corona Gorda will be available in a 5 5/8 x 46 format in boxes of 10. The MSRP has been set at $99.40 per box. The blend consists of an Ecuadorian Habano wrapper and Nicaraguan binder and filler tobaccos grown in Estelí and the Jalapa regions of Nicaragua.