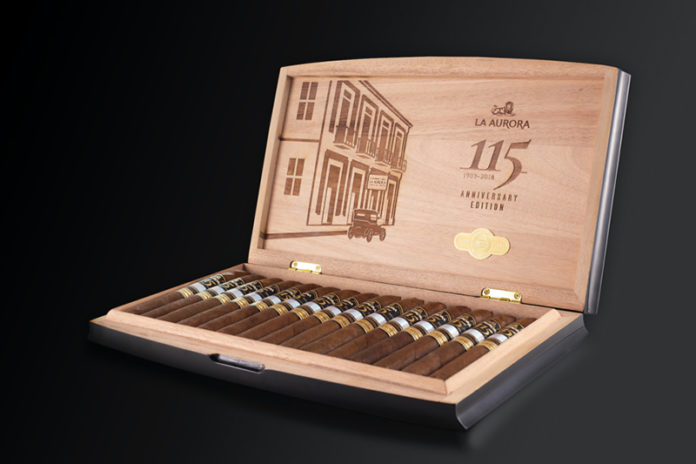 La Aurora is celebrating a milestone with a very special cigar. 115 years ago, Eduardo León Jimenes founded the oldest and one of the most renowned cigar factories in the Dominican Republic. Now the company is commemorating the date with the La Aurora 115 Anniversary.

This special cigar pays homage to the company’s values of quality and perfection. The Dominican-grown tobaccos used in this cigar culminate to create a spicy smoke with notes of pepper, cinnamon, cedar and nuts. The 115 Anniversary Edition will come in four formats: Belicoso, Robusto, Gran Toro and Churchill. There will also be a limited edition Belicoso of La Aurora 115 Anniversary with only 3,000 boxes made and an special commemorative jar in the Gran Toro format, with only 800 jars being made.