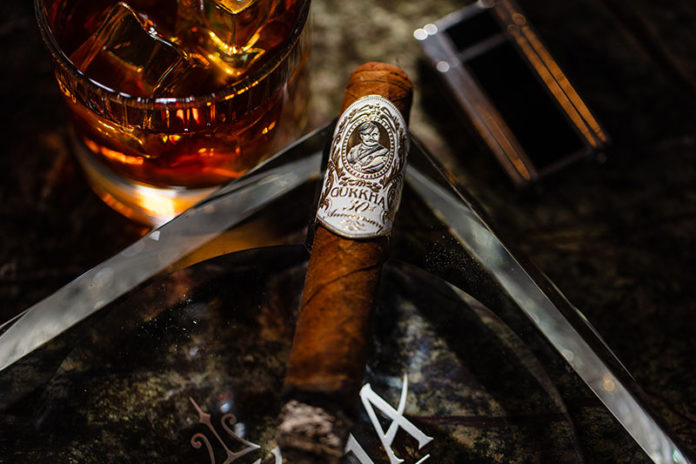 “I am proud to say that these are some of the best cigars that we have ever introduced and they will be a great addition to our flavor profiles,” says Kaizad Hansotia, CEO of Gurkha Cigars, in a press release announcing the new releases. “These cigars will be an instant favorite for any cigar lover and will quickly become humidor staples.” 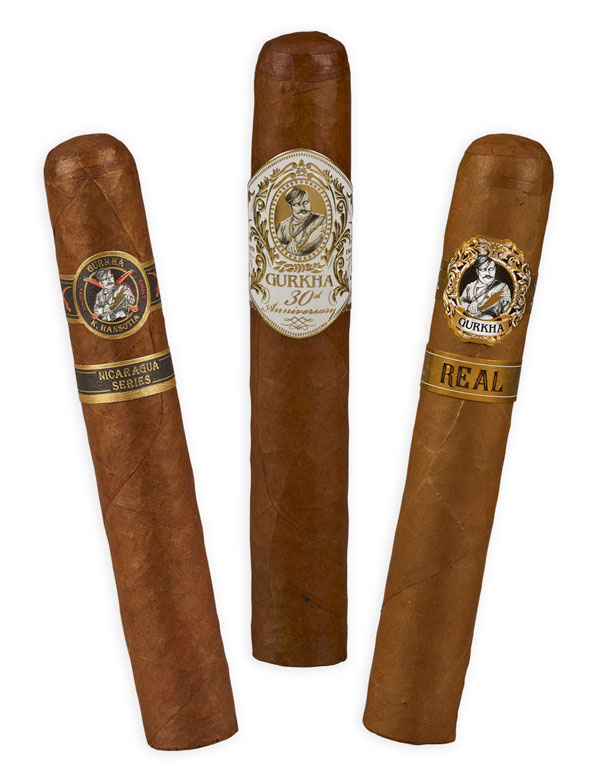 The Gurkha Treinta 30 Year Anniversary Cigar commemorates the 30-year anniversary of Hansotia’s purchase of the Gurkha brand and its subsequent revitalization. The cigars are made by Aganorsa Leaf in Nicaragua and will be available in three sizes: Robusto (5 x 52), Toro (6 x 54) and Magnum (6 x 60). The cigars come in 21-count boxes and the first 1,000 boxes of each size will be released in limited edition commemorative boxes. Gurkha will also introduce a beautifully elegant tin that houses five of the Toro-sized Treinta cigars.

Gurkha is also releasing a limited edition Anniversary humidor that will include 50 Treinta Limitada cigars only available with the humidor. The humidor will retail for $800 and will include 25 Belicoso cigars (6 ¼ x 52) and 25 Figurado cigars (6 ¾ x 52).

Treinta 30 Year Anniversary cigars are made from an Ecuadorean Habano Rosado wrapper, an Aganorsa Leaf Corojo ’99 binder and a filler blend of Corojo ’99 and Criollo ’98 tobaccos grown in Esteli and Jalapa, Nicaragua. The cigars will be available to ship in September.

Made in the Dominican Republic by Tabacalera Las Lavas using a blend of an Ecuadorean Connecticut wrapper, Dominican Olor binder and Dominican Criollo ’98 Ligero and Seco and Nicaraguan Seco tobaccos, Gurkha Real provides a smooth mild- to medium-bodied smoke.  The cigars will be available in 20-count boxes in four sizes in 20 count boxes in four sizes: Robusto (5 x 52), Toro (6 x 54), Churchill (7 x 52) and Magnum (6 x 60).