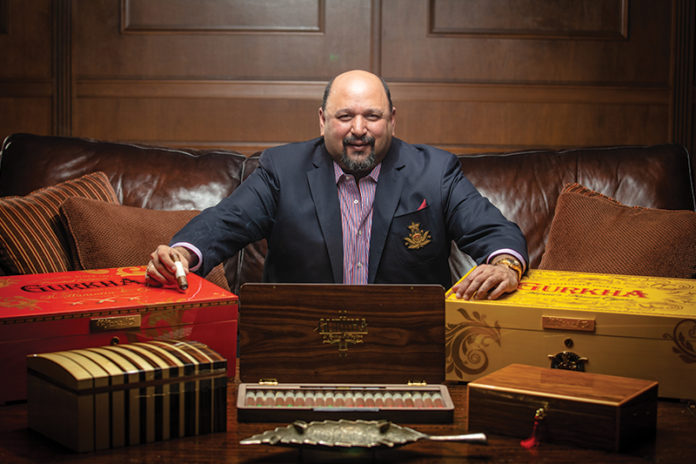 This year marks the 30th anniversary for Gurkha Cigars, a company with a reputation built on ultra-premium cigars. Brand owner Kaizad Hansotia attributes his company’s longevity and success to the passion he has for the cigar industry and all things luxury. In the 1980s, the Hansotia family had a successful luxury watch business that led it to expand its reach into other areas of luxury lifestyle products. With an eye for the finer things in life, Hansotia entered the premium cigar business in 1989 while on vacation.

“I was walking on the beach when I stumbled upon a man hand-rolling cigars out of a little hut,” he says. “The level of craftsmanship was extraordinary. My interest had piqued, and I tried one.”

Hansotia thought cigars would make a unique addition to the family’s luxury-inspired business. From the man on the beach, Hansotia learned that Gurkha cigars had been around for more than a century and were named after Nepalese warriors whose bravery had inspired British troops. Hansotia was so impressed and inspired by these cigars’ story that he bought all of the man’s cigars on the spot, thereby acquiring the Gurkha Cigars brand for just $149.

Gurkha Cigars debuted in duty-free markets in 1990 and retailed for $14 to $17 per cigar, which was unheard of at the time. They were only available encased in glass tubes, while most other cigars at the time were packaged in more traditional cigar boxes. The first run of Gurkha cigars was popular and sold out quickly. At the time, the company consisted of only two employees: Hansotia and his wife, Katya. Hansotia was hands-on from the beginning, handling all the product, packaging, sales and marketing himself while Katya focused on managing the office. Thirty years later, Gurkha Cigars now has nearly 50 employees, and the company continues to have a hold on the ultra-premium cigar market.
Gurkha Cigars embraces the luxury market, crafting its cigars with only the rarest and highest-quality aged tobacco leaves. “We always think in quality not quantity,” Hansotia explains. 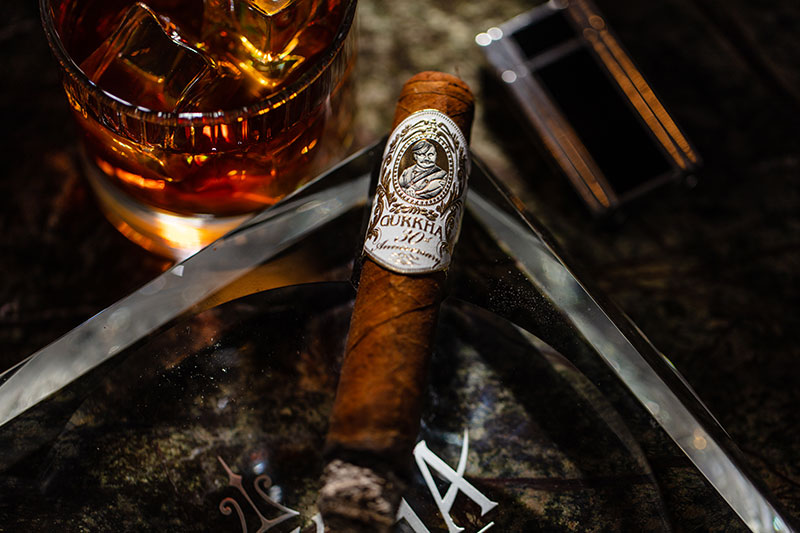