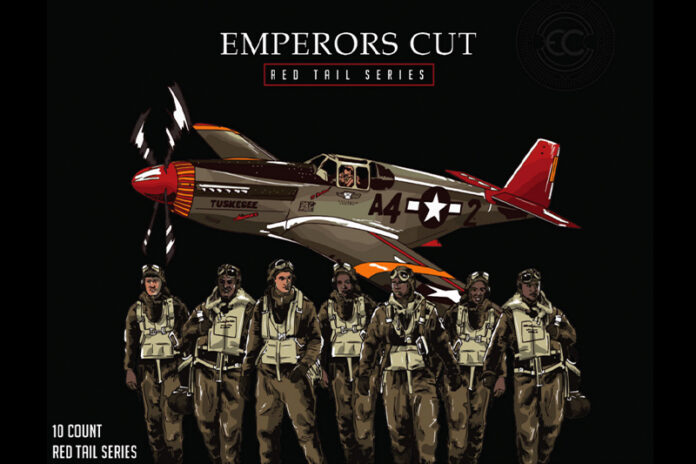 The Emperors Group LLC, the parent company of Emperors Cut Cigars, is excited to announce the launch of its fourth cigar line, Red Tail Series.

The Red Tail Series will consist of two blends and four cigars. The Toro and Torpedo style cigars will come in both Natural and Maduro wrappers. This cigar will be available as a Toro (6 1/2 x 52) and as a Torpedo (6 1/2 x 52). MSRP per box is set at $130.

The Red Tail Series is the second production under the Heritage Line of cigars produced by Emperors Cut.