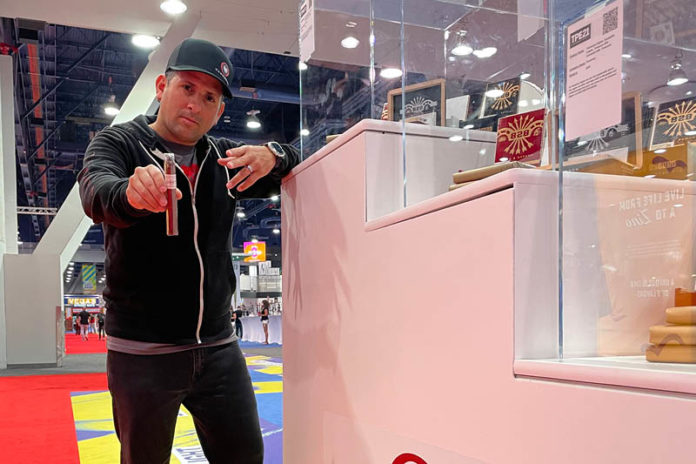 Like many in the cigar industry, Eddie Tarazona is running what many would consider to be a small business. His brand, Tarazona Cigars, has been in the market for over two decades and has maintained its boutique, small-business status. Over the years, Tarazona has built his brand on a foundation of collaboration and partnering with others working in the cigar space. It was through networking and referrals that Tarazona met one of his manufacturing partners, Tabacalera William Ventura. It’s also through the advice and guidance of notable figures in the cigar industry that Tarazona has been able to navigate the ins and outs of being a brand owner in such a competitive space.

While other industries view those at other companies as competitors, Tarazona has come to view many of his competitors as friends and advisors who are often willing to offer valuable insight and advice to point him in the right direction.

“We have some awesome figures in this industry,” he says. “Of course, I have not met everybody, but I’ve got to say, after 20 years of doing this, just about everybody I’ve met have been good people. I’ve been blessed by the relationships I’ve made where my colleagues are concerned.”

Two things become very clear when speaking to Tarazona about his business. First, Tarazona gives credit to his industry peers when it comes to their assistance with advice or resolving problems that his business has faced over the years. Second, Tarazona relies heavily on passion to motivate and drive all that he does in life and business. 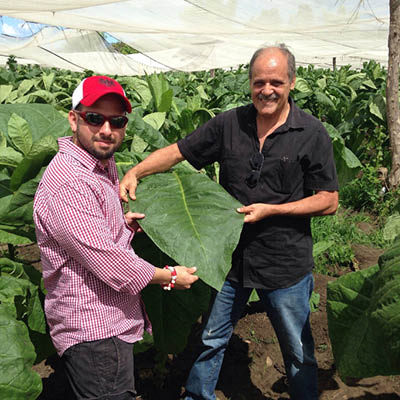 The Kindness of Strangers
Long before he launched his own company, cigars always seemed to find a way into the life of Tarazona. Growing up, he remembers his grandfather could always be found smoking a Hav-a-Tampa cigar. When Tarazona was just 15 years old, he would often visit a cigar shop with his older brother who would frequently buy cigars. It was at this shop that Tarazona met a cigar roller who left a big impression on him.

“I can’t explain it, but there was something about that roller,” Tarazona recalls. “He was really, really cool. When I was 15, I didn’t know I was going to be in the tobacco business, but it was one of those ‘when I grow up’ type of things. It was really either football, law or cigars—that’s what it came down to.”

It took a bad situation for Tarazona to finally make the leap into the tobacco business. In 2000, Tarazona was working for a company that asked him to relocate to a small town. He decided not to and left that job, and he chose to use some of his severance to launch his own cigar brand and company. In hindsight, Tarazona says this chapter of his life was a bit scary because he needed the business to succeed in order to support his family. It took a while for his cigar business to gain some steam. As he built up Tarazona, he learned about business and the tobacco industry at the same time. Needless to say, starting a new business was tough, and the biggest challenge was building awareness not only around his product but himself.

“The biggest thing was trying to convince retailers why they should carry my cigar,” Tarazona shares. “I would get, ‘I don’t know you,’ and ‘I’m not interested.’ I remember telling shop owners, ‘Well, if I was a customer off the street and you asked me to buy cigars from your store, what would you say if I told you that I didn’t know you or that I wasn’t interested?’ I’d throw it back at them. Some people may say I was being snide. Times were different then, and social media did not exist, so it really was a ‘who are you?’ kind of thing. Today, it’s not so difficult. It’s still a lot of hard work, but it’s easier today.”

While it was a challenge, facing resistance didn’t stop Tarazona from moving forward with his new business. He treated ‘no’ as if it didn’t exist and instead focused on being persistent. He’d return to those retailers that said no time after time until they knew who he was and were familiar with his brand. This was his pathway toward success in the early years and taught him a valuable lesson: To grow your brand, you must first believe in yourself.

As a newcomer in the cigar industry, the biggest thing that surprised Tarazona was how willing many others within the tobacco industry were to help him and offer advice. It wasn’t just one manufacturer or business owner—there were many who were willing to point him in the right direction, including Nick Perdomo, Gilberto Oliva and Rolando Reyes. Although some of these encounters and assists happened over two decades ago, it still remains true today that, as a collective, people in the cigar industry are willing to help one another.
“This industry is a very small industry,” he says. “It’s also a small world. You start getting to meet folks. And now looking 20 years later, it is amazing that I can go to Bobby Newman and ask for advice. Bobby, Carlito [Fuente], Alan Rubin—they’ve always been there, and they’ve always been good friends to me. I’m sure you can do the same in other industries, but that’s what has really impressed me about the cigar industry.”

The fact that so many other business professionals in the cigar category are accommodating and willing to steer their peers in the right direction initially surprised Tarazona, but it’s come to be one of his favorite parts of being involved in the industry overall. One of those connections helped him find the right manufacturing partners to bring his own products to the market.