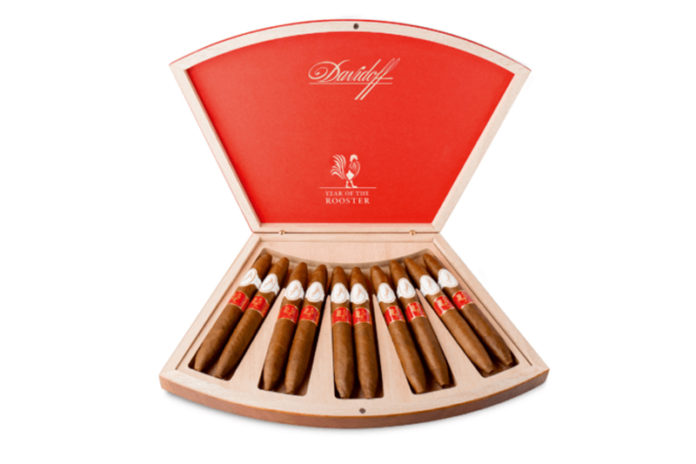 Davidoff Cigars will celebrate the Chinese Year of the Rooster with a highly exclusive 2017 Year of the Rooster cigar and accessories. The limited edition cigar features a Habano Ecuador wrapper, filler from the Dominican Republic, a San Vicente Mejorado binder and comes in one vitola, 6 3/4 x 50. In a press release, Charles Awad, Senior Vice President of Marketing and Innovation at Oettinger Davidoff AG commented: “This cigar represents the best of Davidoff and, like the Rooster’s key traits of loyalty and friendship, it promises to deliver a cherished, memorable moment of ‘time beautifully filled’.”

An accompanying accessory range, also considered to be limited edition, will be released and branded similar to the cigars. Year of the Rooster accessories include a red leather case that can hold two large cigars and a double blade cutter. The Year of the Rooster cigar and accessories will be available at Davidoff Flagship stores beginning in mid-November. A worldwide release is expected in early January 2017. For the latest news from Davidoff, visit davidoff.com.