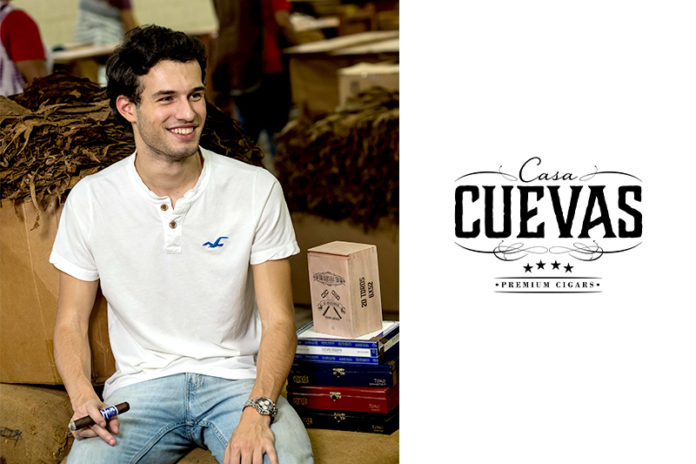 Alec Cuevas is the fifth generation Cuevas to join the family business. He’s spent entire summers in the Dominican Republic with his grandfather, Luis Cuevas, Sr., working at the family’s cigar factory, Las Lavas Cigar Factory. He’s had other experience within the cigar industry, having worked at Neptune Cigar Super Store in Miami, Florida. It was there where he honed his palate by sampling a wide variety of cigars before officially joining Casa Cuevas Cigars. Alec received approval from Luis Cuevas Sr. to take on a larger role in blending new brands for the company just a few months ago.

“It feels amazing to receive that sense of recognition from both my father and grandfather, who are both an integral part of my character and our blending process,” Alec commented. “There’s an understanding that we each have different pallets and preferences, but my overall goal with this new title aligns with the company’s morals all the same – to create quality product that everyone can enjoy. I’m a firm believer that my blends will bring something truly unique for our brand, and it’ll only set the precedent of what’s to come in the future.”

Alec is currently in the final stages of creating the latest Casa Cuevas brand that will be unveiled in July at the Premium Cigar Association (PCA) trade show in Las Vegas, Nevada.