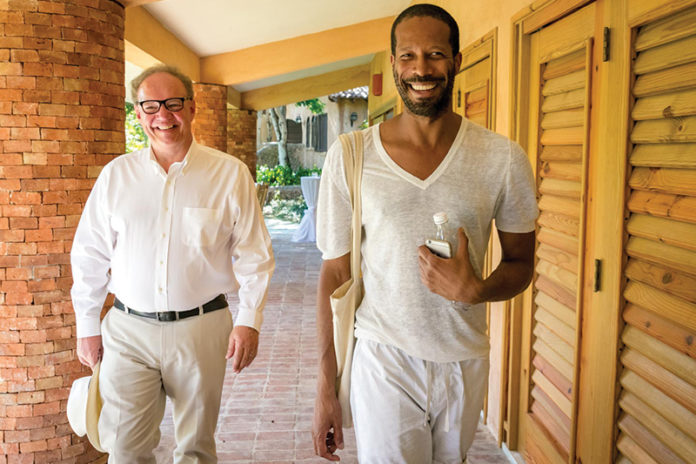 Is your tobacco business socially responsible? It may seem like an odd question considering the constant barrage of attacks tobacco takes from the government and anti-smokers but it’s one every viable business today has to consider. According to a study by Cone Communications and Ebiquity Global, 91 percent of global consumers expect companies to do more than just make a profit. That same group expects businesses to also operate responsibly to address social and environmental issues. That’s why many companies, including those in the tobacco industry, now are integrating and spending more time developing their company’s corporate social responsibility (CSR).

What exactly is CSR? It encompasses several areas including environmental efforts, volunteering, ethical labor practices and philanthropy. Even if you’ve never heard of CSR, it’s likely that your company is engaged in some form of it, whether it’s giving employees paid time off to volunteer or giving back to the local community in some way. CSR is a big part of the tobacco industry and has been for quite some time.

Philip Morris International has a big sustainability initiative that includes launching its Good Agricultural Practices (GAP) which promotes sustainable farming and supporting local communities and global issues such as human trafficking or lack of educational opportunities. Davidoff supports artists in the Caribbean with its Art Initiative which was launched in 2012, an extension of the company’s commitment to artistry, craftsmanship, community and quality. ITG Brands, Tabacalera USA, and Gurkha have all donated to the communities recently hit hard by natural disasters. Cigars for Warriors has made donations of premium cigars and accessories to U.S. troops serving in active combat zones for years. These are just a few examples of how CSR is a big part of many tobacco businesses and why it should be part of yours.

Taking on a socially responsible initiative is a win-win situation, especially for those working in tobacco. Brand loyalty is increased among consumers who see that a company is trying to do good and improve the world in some way and is not just operating to make a profit. Talented employees are also looking for companies that align with their beliefs and interests and where they feel there’s a shared set of values. Here’s how you can go about developing your own profitable CSR strategy:

1. Seek Employee Input, But Start at the Top
A company’s CSR is nothing without the support of the company’s employees. You cannot make decisions about your company’s social responsibility initiatives behind closed doors. Effective CSR plans are made in the open, are transparent and honest. If you create a CSR that your employees have helped to shape, it will be more successful than one where only a few people have developed. That being said, CSR should start with the leader(s) of a company. Employees look toward leaders to lead, and they will look to a leader to be responsible and take an interest in the world around them. As a leader, your role is to actively encourage the development of a social responsible program and encourage each employee to take on a role within the program.

2. Encourage Sustainable Agriculture
For a majority of tobacco businesses, the product begins in the farming and agriculture level, meaning the best place to start developing your own CSR is where the life of your product begins.

Many large tobacco manufacturers have already realized this and are already promoting sustainability agriculturally. British America Tobacco (BAT) doesn’t own any tobacco farms but works with many around the world to help create its products. Recognizing that tobacco farming can involve a host of social issues including a demand on local resources and labor issues, BAT has launched two programs–Sustainable Tobacco Program and Sustainable Agriculture and Farmer Livelihoods (SAFL) both set out to ensure long-term sustainability of its tobacco while also improving the life of its farming partners.

3. Create Brand Awareness … Responsibly
The goal of any business is to make a profit. While being socially responsible may not seem like a profitable move, its value is in expanding brand awareness while also contributing to a good cause. Gurkha Cigars recently did this when it teamed up with Hugo Boss and Macallan for an event and the proceeds went to the Red Cross’ Hurricane Irma relief efforts.

“Gurkha is excited to unite with Hugo Boss and Macallan and at the same time be able to help the people who are still reeling from the effects of Hurricane Irma,” commented Eddy Guerra, Marketing Director of Gurkha Cigars.

C.L.E. Cigar Company was founded and launched by Christian Eiroa with the intent to help people. “When I started C.L.E. Cigars, I made a promise that we would be a company focused on helping people who otherwise can not fend for themselves due to economic restrictions,” wrote Christian Eiora on Instagram in early October. C.L.E. created a limited edition 10-count cigar can that sold for $59.95 but had a value of over $99. This can contained an assortment of Asylum, C.L.E. and EIROA Cigars, a double-flame lighter and Boveda pack and its proceeds went toward providing women working in its Honduran farm and factory with free mammograms.

Both of these tobacco businesses found a way to support their CSR efforts while also increasing awareness and building brand loyalty for their products.

4. Measure, Evaluate, Refocus and Refine Your CSR
As with any part of your business, your CSR will need to be tweaked and revised as time goes on. An effective CSR strategy is adjusted and changes over time. While measuring the effectiveness of your CSR can be challenges, there are various ways companies go about it. Try to identify a simple indicator to measure. For example, if there’s a certain product tied to a CSR initiative, what quantity of that products was sold at the start of the campaign compared to two or three weeks in? Instead of seeking out just numbers, seek out stories of the impact your CSR has had on a person or group. Also, look at what other companies are doing with their CSR programs and how they measure the success of it.

It’s never too late to launch your own social responsible initiative. A CSR strategy can improve your company’s performance and how other view your business, something that could be very valuable for anyone working in the tobacco industry.