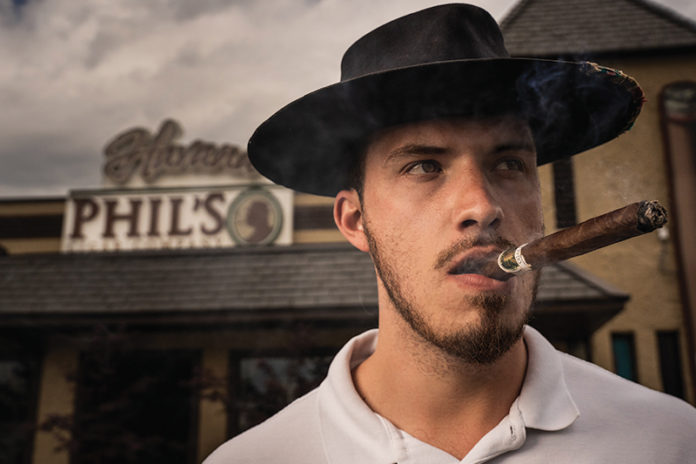 Being a tobacco retailer is hard work, but because of the global COVID-19 pandemic, it’s even more of a challenge. The majority of tobacco retailers are considered to be small businesses, a sector of the U.S. economy that has been hit particularly hard by the impacts of the coronavirus. According to a report by National Main Street Center, a nonprofit organization that works to revitalize historic commercial districts, approximately 35.7 million Americans are employed by small businesses, and if the crisis continues for several more months, millions of those businesses are facing possible permanent closures. Because tobacconists, tobacco outlets and discount tobacco stores are part of a niche market, the next few months will be especially challenging.

Retailers have had to adapt to a new playing field, with retail transforming from a marathon to a track field riddled with hurdles and a finish line that’s constantly moving. Since March, various states across the country have imposed stay-at-home orders and have temporarily shut down those businesses that are considered to be nonessential. Tobacco retailers have been forced to offer curbside services, and those that have been able to operate during the pandemic have dealt with a dramatic decrease in foot traffic as customers have heeded the warnings of government officials and health professionals who have encouraged or required them to stay at home. Unfortunately for many, COVID-19 has continued to evolve rather than become a distant memory as the weeks have passed by, and tobacco retailers are continually having to adjust their business model in order to survive.

For retailers like Philip Segal IV, owner of Havana Phil’s Cigar Co. in Greensboro, North Carolina, COVID-19’s impact on business can be summed up in one word: “horrible.” Segal’s business is a destination for many in the Piedmont Triad region of North Carolina. It has three lounges for customers to smoke in, and its humidor is stocked full of premium cigars made by Davidoff, Drew Estate, Rocky Patel and Altadis U.S.A., among others. Like many retailers across the country, the COVID-19 pandemic forced Segal to temporarily shut down his lounges and to limit customer access to his store. In April, Segal revealed that business was down by 60-70 percent, and other small businesses in his city faced similarly distressing situations as the pandemic took hold of American society. Because
of the pandemic and the restrictions it has caused to be put into place, Havana Phil’s had to postpone several events it had scheduled in the spring—events that are a huge source of revenue for the business and whose cancellations will be felt by Havana Phil’s bottom line for the entire year.

Segal’s story isn’t unique to his business—it’s becoming a shared story among many retailers. Shiah Goldberg, general manager at Casa de Montecristo by Prime Cigar & Whiskey Bar in downtown Brickell, Florida, shares how his establishment faced a similar reality as events had to be cancelled and customers stayed at home for weeks because of the virus. Goldberg and his staff knew changes were going to have to be made before the business could welcome back its customers, from implementing new social distancing measures to cutting seating and limiting humidor access. The bar’s parent company, Casa de Montecristo, created a task force to produce a phased plan to take many of its stores across the U.S. from being temporarily closed to offering limited and curbside services, and to also forge a pathway to opening up fully once again with the necessary modifications that have been outlined by state and federal government officials.

COVID-19 has reshaped businesses and will continue to do so, but not all is doom and gloom. As with any life-altering event, businesses have the opportunity to learn from the situation and come out better in the long run. Tobacco Business magazine spoke with several tobacco retailers from different areas of the U.S. to ask them how COVID-19 has changed their businesses, what lessons they’ve learned from operating during the pandemic, and how they plan to adapt to the new normal and become even better tobacconists.

The Evolution of Retail
During the pandemic, retailers have realized the importance of having a detailed plan for reopening their businesses in a world that will continue to deal with a pandemic that has no cure and no clear end in sight. Brad Winstead, CEO of Casa de Montecristo, says that for the many stores he oversees, it was important to have a plan in place that addressed the evolution of their retail business during the pandemic. How would a store go from offering curbside services to eventually fully reopening? With the help of Tabacalera USA, Casa de Montecristo worked with professionals who have a background in infectious diseases and the environment in order to come up with a clearly defined plan that helped the company work toward safe reentry and reopening. Their reopening plans included providing protective gloves and branded masks for all employees, adding sanitizer stations throughout each store and humidor, and hiring cleaning professionals to come in and sanitize each store every morning.

To ensure customers feel safe within a store and that they trust the products they’re buying, tobacconists also have to reevaluate some of the services offered within the store, including the way their staff members manage the humidor. Segal closed his store’s humidor to customers early on in the pandemic but says it offered him the opportunity to introduce his loyal customers to new products they may not have paid attention to before.

“It’s been really cool introducing people to brands and just kind of forcing it on them,” he says. “If they don’t know what they want, I’ll just go [into the humidor] and I’ll bring out an assortment of 10 cigars. ‘You should try this,’ I’ll say, and I will describe that blend to them. It’s been a nice change because typically a lot of guys just like to go into the humidor, and we’ll go in there and ask them if they need any assistance, suggestions or have any questions about anything. But not having them go in there is kind of awesome because I’ll just bring out things that I want them to try and that I think they’ll like. Then they’ll come back the next day, and they’ll be like, ‘I want this, but suggest a new thing—something similar to this.’ That’s a little new thing that I might start trying—just offering people a service of me picking out your cigars and having that special VIP customer experience.”

Engagement is something Goldberg has seen many retailers focusing on during the pandemic—something that’s bringing many people out of their comfort zones but could have a big payoff in the long run. Prior to working at Prime Cigar, Goldberg worked in sales and says that many brick-and-mortar retailers he encountered would attempt to compete with online retailers, a move that he views as wasted energy. COVID-19, however, is forcing many brick-and-mortar retailers to become creative in order to retain customers and bring new patrons through their store’s doors.

“People are getting creative, and they’re willing to take chances and try new things,” he says. “They’re not expecting them to be successful; it’s something to try. The long-term benefit is that people are reengaged, reenergized and evolving, something that I’m really happy to see. I hope it continues as we get back to normalcy.”