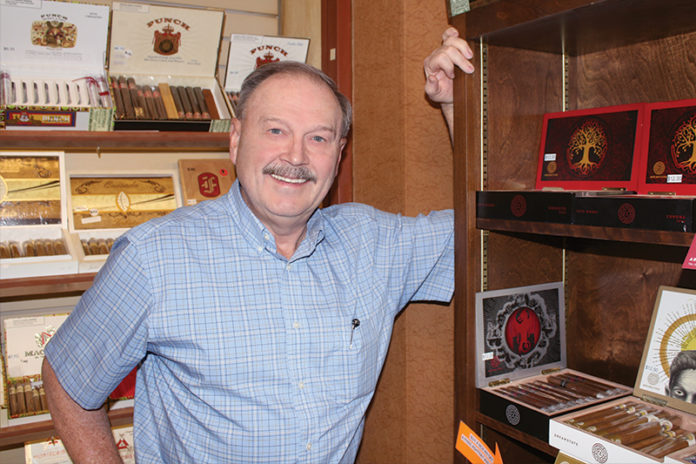 On Oct. 10, 2018, the Montgomery Inn Boathouse in Cincinnati, Ohio, hosted a very special event that honored Jim Clark, owner of Straus Tobacconist, for his 40th anniversary at Straus Tobacconist, the third-oldest continuously operating premium tobacco shop in the United States. Guests paid $150 to attend the celebratory dinner complete with cocktails and cigars, and all of the proceeds raised that night benefited the Ohio Premium Cigar and Pipe Association, which Clark leads as president.

“I’ve been very fortunate to be a part of Straus’ legacy for 40 years,” Clark says, while taking a rare moment of relaxation in the lounge inside his downtown Cincinnati store more than a month after the anniversary celebration. “Straus’ history began in 1880, and I see myself more as a steward for the store than its owner. I’m just taking care of it for Straus’ customers, and I just hope to pass the store along to the next steward who loves it as much as I do. Tobacconists have a lot of challenges facing us right now that all add up to an effort to put us out of business. We’ve got to determine if our businesses are worth fighting for, because if they are, we must stop at nothing to protect them.” 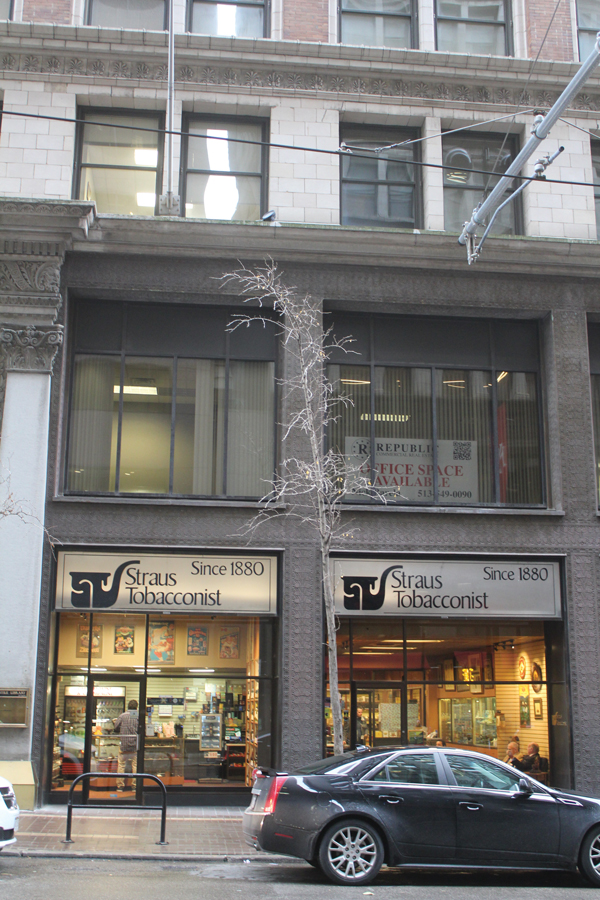 A Store Worth Protecting
Straus Tobacconist’s history can be traced to 1880, when Henry Straus established a wholesale cigar company in Cincinnati. A little more than a decade later, Nathan and Samuel Straus, whose relation to Henry is not known, established a company specializing in pipes and pipe tobaccos. The Straus brothers opened a retail store on Walnut Street in downtown Cincinnati in 1905—the same location is home to Straus Tobacconist today. In 1970, the wholesale business established by Henry and the retail business established by Nathan and Samuel merged to become Straus-Kielson, a wholesale candy, tobacco and grocery distributor that also owned a few tobacco and candy kiosks in the area as well as the Straus Tobacconist store downtown.

For most of the store’s history, pipe tobacco was the top-selling category, with its Private Stock brand leading the way. Straus Tobacconist enjoyed an upsurge in sales after the end of World War II, as Private Stock became a national best-seller thanks to mail orders from GIs who learned of the tobacco while serving in the European theater of World War II and wanted to continue enjoying the pipe tobacco after they returned home.
As a 22-year-old recent graduate of nearby Xavier University with a degree in accounting, Clark joined Straus-Kielson in 1978. By the time he joined the business, Straus’ nearly four-decade success with Private Stock and other pipe tobaccos was coming to an end. Clark, who had worked in retail since he was 14 and supported himself in college as a shoe salesman, made a few suggestions on how the store might recoup its losses from sagging pipe tobacco sales.

“By that point, the business had sort of stabilized thanks to the other items we had brought in to make up for the lower pipe tobacco sales,” Clark explains. “I learned that the store was for sale at the end of 1990, and I signed the paperwork and closed the deal in April 1991. A year later, we began to see cigar sales go up. I look like a genius now, but nobody could have known that the Cigar Boom was about to begin. It was purely blind luck on my part, but the Cigar Boom was almost like a license to print money for a premium tobacconist like me.”