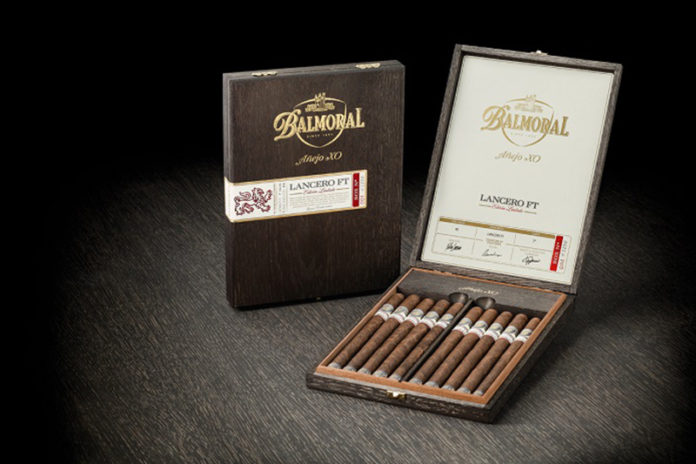 “We are very excited for this re-release based on the previous success of this sought-after vitola and because the size and shape of this cigar provides a unique way to experience the sophisticated and complex Balmoral Añejo XO blend,” commented Boris Wintermans, CEO of Royal Agio Cigars. “I personally invite curious cigar lovers to discover, or rediscover, the limited edition Lancero FT.”

Handcrafted at Royal Agio Cigar’s cigar factory in San Pedro de Macorís, Dominican Republic, Balmoral Añejo XO Lancero FT Edición Limitada measures 7 x 40 and has an MSRP of $12.95 per cigar. The cigar is crowned with a Brazilian Arapiraca wrapper, is blended with a Dominican Olor binder and features Nicaraguan, Dominican and exclusive Brazilian Mata Forte fillers that combine to create a complex smoke with notes of cedar, cacao and peppery spices.

The cigar will make a return after a 2 year absence and will be available in very limited quantities with only 500 individually-numbered 10-count boxes being produced. Existing Balmoral retailers are expected to get this cigar first.