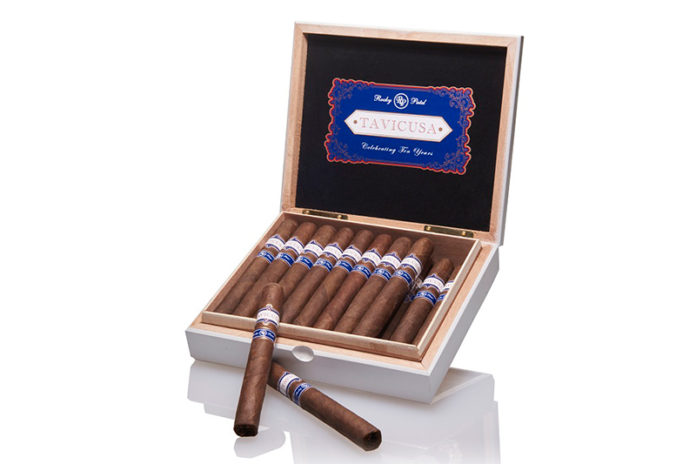 The Tavicusa cigar features Nicaraguan-grown tobacco from Rocky’s fields that are used in the cigar’s filler and binder. The cigar has a Mexican San Andrés wrapper. This cigar is named after Rocky Patel’s cigar factor that is based in Esteli, Nicaragua. Tavicusa is where the company’s Fifteenth Anniversary, Royale, Special Edition and Sun Grown Maduro cigars are produced. This year marks the factory’s 10th anniversary.

“Before we even had a name for it, this cigar blend was fast becoming one of my personal favorites,” said Rocky Patel, president and CEO of Rocky Patel Premium Cigars. “It has all the spice, the strength, the character that I’m looking for in a Nicaraguan cigar. So when we discussed the name for this blend, Tavicusa came to mind.”