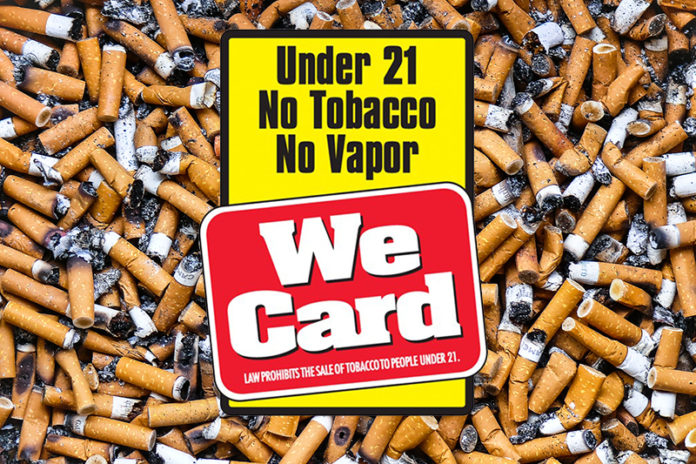 On Dec. 20, 2019, President Donald Trump signed a $1.4 trillion spending bill that contained a federal age increase for tobacco products. With the passing of the bill, the legal purchasing age for tobacco products increased from 18 to 21 years. There is no grace period for the bill–this federal age increase took effect immediately, taking many tobacco retailers and consumers who are 18, but under 21, by surprise.

The bill is being hyped as a “clean” tobacco 21 age increase as it doesn’t include any other anti-tobacco provisions. A federal age increase for tobacco products has been on the table for many months, inspired by the rising numbers of teens who are reportedly using e-cigarettes and vaping products. In April 2019, Senate Majority Leader Mitch McConnell announced that he would be introducing a federal tobacco 21 bill [read more here]. Other states, including Texas and Washington, already had passed tobacco 21 bills. Other bi-partisan bills had been introduced in 2019 that supported raising the minimum purchasing age, giving momentum to the bill. In December, a tobacco 21 provision had been added to a spending bill that was ultimately passed in the final days of 2019.