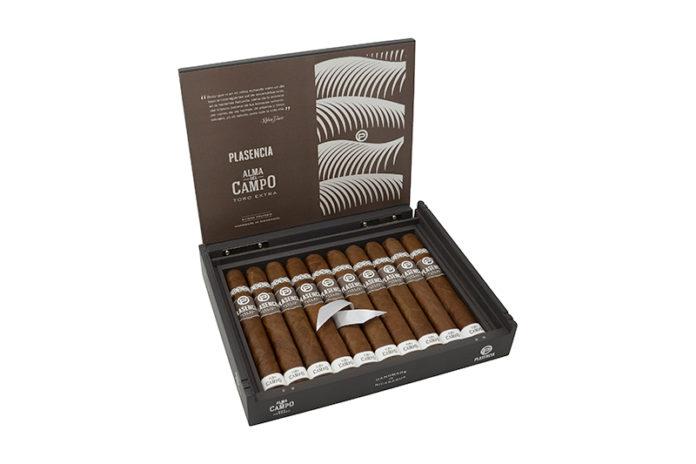 Plasencia Cigars has announced the upcoming release of the Alma del Campo Travesia, which will be presented as a box-pressed cigar. This new expression of Alma del Campo by Plasencia is the first line extension since the brand launched at the International Premium Cigar & Pipe Retailers (IPCPR) association trade show and convention in 2017.

Nestor Andres Plasencia, CEO of Plasencia Cigars, commented on the updated Alma del Campo Travesia, which was developed following a public push for a box pressed cigar. “As tobacco growers and premium cigar manufacturers it is important to draw inspiration from the consumer. Open communication with retailers, consumers, and colleagues propels us to create the finest quality in tobacco product, which has been our goal since 1865. The result was to offer the Alma del Campo Travesia in a Box Press format, to further serve the cigar community.”

For all the latest news from Plasencia Cigars, plasenciacigars.com.