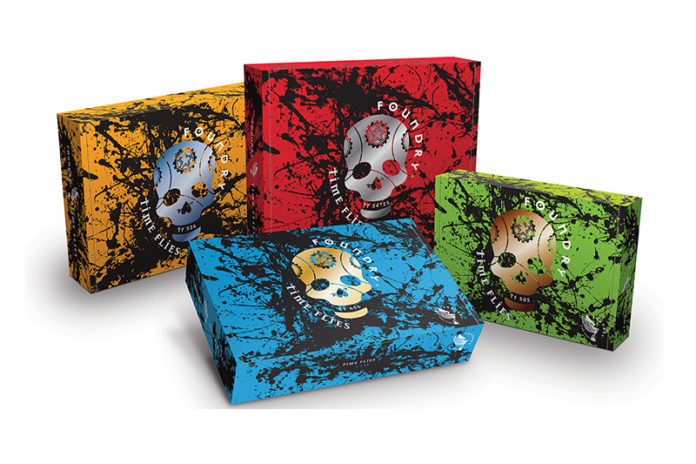 Before becoming the general manager at Ventura Cigar Company, Giannini worked with Foundry Tobacco Company and its Time Flies blend, making this latest move a natural fit for him. “To see Foundry boxes on my Ventura Cigars’ desk is a little bit unreal. And yet, it seems so normal to have them sitting there. Almost like they are returning home. I’m thankful to General Cigars for taking such good care of the brand, and to the solid relationship between General and Kretek International that enabled this new phase for Foundry. I’m proud to represent the brand, both where it started, and now where it’s headed.”

Foundry Tobacco Company set out to be unconventional and aimed to spark conversation. Each blend guided the senses on a journey of evolving tastes and experience. With Giannini at the helm, Foundry disrupted the cigar scene with its edgy look and avant-garde experience.