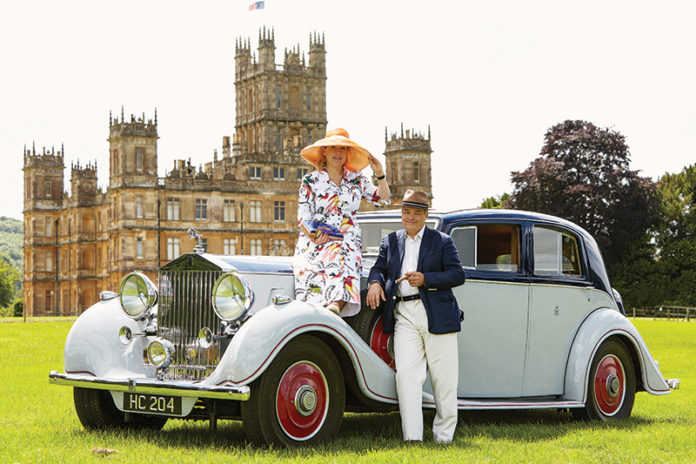 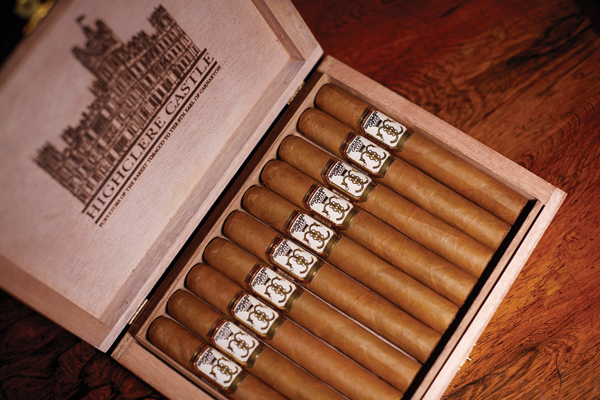 If you’ve watched the popular television series “Downton Abbey,” you’ve seen Highclere Castle, a working estate in England that served as the home of the show’s fictional Crawley family. Highclere Castle’s history of cigars and tobacco dates back to 1862, the period during which cigars became popular in the Commonwealth. And now the estate made famous by PBS is building on that history by stepping into the premium cigar business with the help of Foundation Cigar Company.

It was a tradition at Highclere Castle for residents to retire to the library for a cigar and whiskey after dinner. Adam von Gootkin, co-founder and CEO of Highclere Castle Cigars, was working with Lord Carnarvon, the eighth Earl of Carnarvon and the current owner of Highclere Castle, on the development of a liquor business when the idea for a cigar line was presented. Though von Gootkin’s background is in the spirits industry, both he and Carnarvon viewed expanding the idea to include a cigar brand as being a natural move.
“When we had the idea to create a Highclere Castle cigar that would truly celebrate the history of cigars at Highclere, I brought it immediately to Nick [Melillo], a friend who is well-regarded in the cigar industry,” says von Gootkin. “We had discussed doing a cigar together for a couple of years, but the right thing hadn’t come to us.”

From the start, Highclere Castle Cigars was a collaborative effort among Lord Carnarvon, von Gootkin and Melillo, who owns and manages his own cigar brand, Foundation Cigar Company. Each person was committed to creating an exceptional cigar and brought something unique to the table. In order to create a premium cigar product, many factors had to be taken into consideration. The creation and eventual launch of Highclere Castle Cigars is a great business lesson in collaboration and extending the life of a brand through marketing and different product offerings.

A Highclere cigar would need to fit into the castle’s rich history and also tell the story of Highclere Castle’s history with cigars. To accomplish that, von Gootkin and Lord Carnarvon knew they needed the help of an expert. For this they called on Melillo, who von Gootkin was introduced to by the owners of Mickey Blake’s, a cigar store and lounge in Connecticut. While smoking a Foundation cigar together, von Gootkin and Melillo discussed topics like entrepreneurship, the meaning of life and things they enjoyed doing in their leisure time, and the pair found they had much in common. Melillo’s experience working in the cigar industry and with blend creation made him the ideal partner for von Gootkin to collaborate with in bringing Highclere Castle’s cigar to life.

Lord Carnarvon and von Gootkin traveled to Nicaragua to spend time in Esteli with Melillo and his team. There they immersed themselves in the fields, curing barns and factory, and spent days learning everything they could about the manufacturing side of the cigar business. The three men worked closely together to determine the concept of the brand. Using the estate’s old import receipts, Melillo was able to come up with a blend that reflected the flavor and style of a 100-year-old cigar, something the fourth Earl of Carnarvon might have enjoyed smoking with other prominent figures in the castle’s smoking room back in the 1800s.

Melillo also had something else of value to offer in the creation of Highclere’s cigars: access to very rare and expensive tobaccos that gave the collaborators a broad range of options to truly bring their cigar ambitions to life. To get the desired flavor profile, they spliced Criollo and Corojo together to create a hybrid seed that they named “Nicadan.” During the final tasting session in Nicaragua, they had over 20 unmarked blend varieties to choose from—and, interestingly, they all anonymously selected the same blend. The true challenge, however, came in trying to choose the right branding and box design that would visually represent Highclere Castle in retail stores around the world.