The upshot? Vape shops that want to survive will move into other categories of merchandise, such as traditional cigarettes or cannabis accessories, such as pipes and CBD. “Some of them are starting to look at other things,” says Bour. “The gateway to [cannabis] is CBD. A fair number of vape shops are carrying CBD, which will make for an easy transition to cannabis if and when the time does come.”

Meanwhile, tobacco outlets and c-stores can capitalize on the vapor store closures by expanding their selection of vapor products. “That’s one of the reasons we started working with Cosmic Fog,” notes John Wiesehan, who noted that the partnership couples Mistic’s strength in the mass-market retail channel with Cosmic Fog’s brand recognition among vapers. “The idea behind our partnership with Cosmic Fog is to give the vape shop consumer a recognizable brand that they’re used to seeing on a mass retailer’s shelves.”

As opposed to broadened assortments, another possibility is that specialty stores will emerge. These may be super vapor shops that emphasize service levels that c-stores and tobacco shops can’t emulate. “Consumer education is important in the vapor category and it’s something the vapor channel has done very well,” says David Bishop, managing partner of Balvor LLC. “At a time when mixing stations may be going away, offering that level of service may be the way those stores can survive.”

Branded shops, akin to a Nike or Apple store, are another possibility, noted Herzog, who pointed out that Philip Morris used iQOS flagship stores to introduce its heat-not-burn product to European consumers. “There is a possibility that there will be freestanding iQOS stores in the U.S.,” she notes. “They look like mini Apple Stores and they’re fascinating in the engagement and education of consumers.”

Of course, the fear is that rather than compromise on what they really want—the products they’ve come to enjoy—those consumers will turn to illicit sources and a black market will emerge. Instructions on mixing your own liquid and rigging up your own device are all over the Internet, so it’s not a huge leap to imagine vapers finding ways to access or reproduce their preferred product or a facsimile of it.  The prospect of regulations fostering a black market or DIY activity that will, if anything, make vaping more risky is one of the many reasons many see the deeming regulations as overly onerous and dangerous to consumers.
But while there may initially be a period of illicit activity, most in the industry say that the legal marketplace will prevail over time.

As Justin Wiesehan notes, “Ultimately, price and convenience will win in this industry just like it does in every other industry. If people can go to a c-store or any other store and get their a product that satisfies them for a reasonable price, they will do that.” TB

This story first appeared in the March/April 2017 issue of Tobacco Business magazine. Members of the tobacco industry are eligible for a complimentary subscription to our magazine. Click here for details. 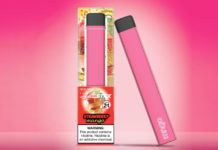