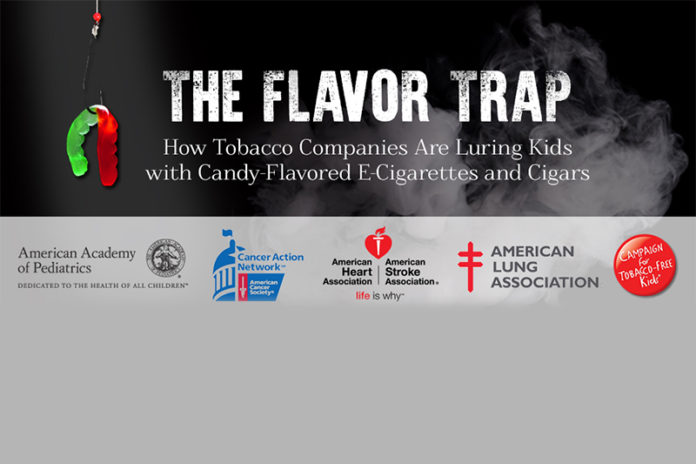 In its report titled “The Flavor Trap,” these organizations are urging the FDA to prohibit all flavored tobacco products and are calling on Congress to reject any legislation that could weaken the FDA’s authority, especially toward e-cigarette and cigar products. As of now, only flavored cigarettes have been banned.

“Tobacco products simply shouldn’t be sold in flavors that appeal to kids, let alone in thousands of flavors that make them seem fun and harmless,” commented Matthew Myers, President of the Campaign for Tobacco-Free Kids.