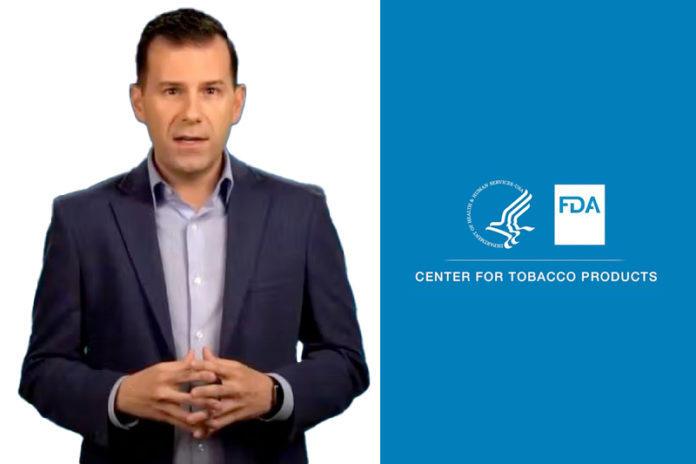 The Center for Tobacco Products (CTP) has a new director. In a Tweet posted on May 20, 2022, FDA Commissioner Dr. Robert M. Califf announced that Dr. Brian A. King would become the new CTP director.

“Dr. King brings extensive and impressive expertise in tobacco prevention and control and has broad familiarity with FDA from his more than 10-year tenure at CDC,” Califf tweeted. “I look forward to Dr. King joining the FDA team and helping to lead CTP to the next level in effective and smart tobacco product regulation. We have a lot to do!”

As noted in the Tweet, King has worked at the Centers for Disease Control and Prevention (CDC) for more than a decade. He recently served as the deputy director for research translation at the Office on Smoking Health (OSH). King is replacing Mitch Zeller, who retired earlier this spring, and will assume the position fully on July 3, 2022. Since Zeller’s April retirement, Michele Mital has served as interim director of the CTP [read more here].

As director of the CTP, King will oversee the agency’s ongoing review of Premarket Tobacco Product Applications (PMTAs), mostly now belonging to some of the largest vaping manufacturings in the U.S. including JUUL. Reactions to King’s appointment have been mixed thus far with many citing the role he played in the EVALI (e-cigarette/vaping use-associated lung injury) situation that dominated headlines in 2019. The EVALI situation altered the trajectory of the e-cigarette industry in the U.S., placing the emerging market in the crosshairs of the FDA and local governments and leading to increase scrutiny and legislation. Nicotine and its addictive nature took center stage as EVALI cases rose and many vaping advocates criticize the CDC not drawing more attention to the illicitly manufactured THC cartridges that were linked to many of the cases and rather letting nicotine and its harmful impact remain as the main cause.