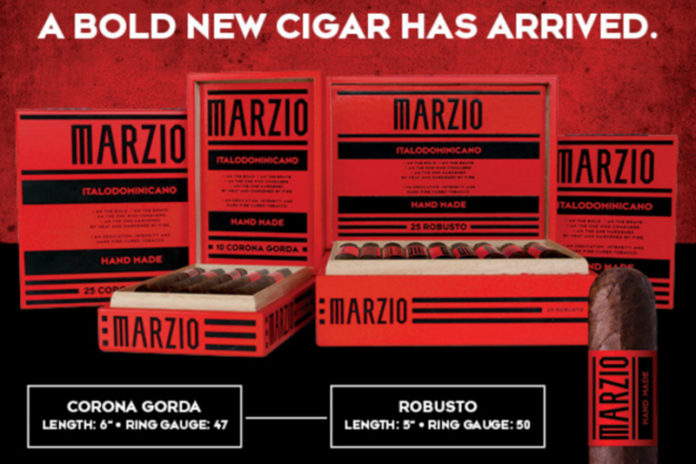 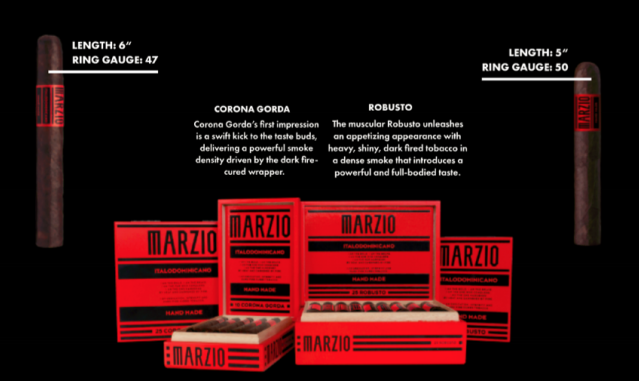 Marzio is a fusion of different cultures: Italian, Dominican and American. It’s a full-bodied premium cigar that’s being hand-rolled in the Dominican Republic by La Aurora, using the same tobacco that’s found in the original Toscano cigar, which features Kentucky tobacco in the filler and Kentucky extra dark fire-cured in the wrapper.