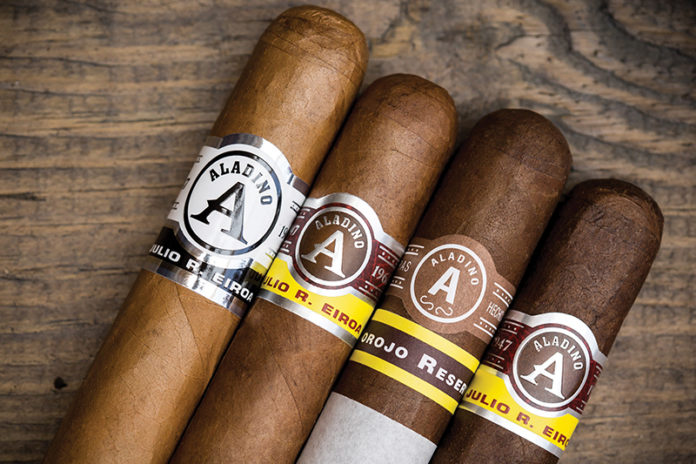 The list of living legends in the premium cigar industry seems to be getting shorter every year. Members of that generation of tough old men within the industry who began their careers on family farms or in factories in Cuba—and who were forced to start all over again in countries such as the Dominican Republic, Honduras or Nicaragua after the Fidel Castro-led Cuban government seized their companies and assets—have mostly passed away or are spending their remaining years enjoying a blissful retirement. It was this generation who ensured that premium cigars could still be enjoyed in the United States after President John F. Kennedy placed an embargo on Cuban goods in 1962. These were the men who took their knowledge and their passion further afield to start tobacco-growing operations for the manufacture of premium cigars and to establish cigar factories in other countries throughout the Caribbean—in many cases creating them completely from scratch—and they are the ones who built the vibrant cigar culture that exists today. In an industry that heralds heritage, tradition and lore, much honor is owed to this iconic, resilient and creative generation. 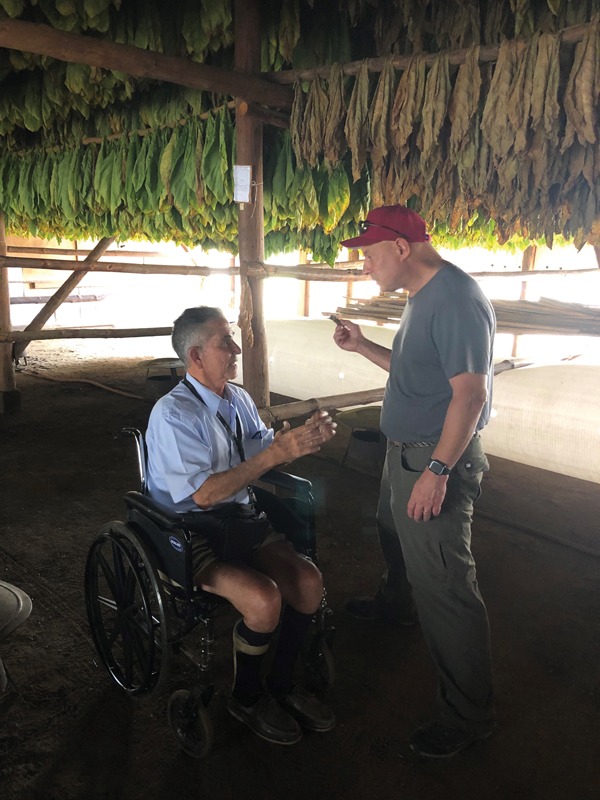 Born in San Juan y Martinez in Cuba’s Pinar del Rio province on Jan. 11, 1938, Julio R. Eiroa is one member of the legendary generation who is still actively involved in the cigar industry and growing tobacco. After selling the brand that made his family famous, Camacho, to Oettinger Davidoff in 2008 for an undisclosed amount of money, Julio focused on growing tobacco at his Honduran farm, Rancho Jamastran, for eight years. When his noncompete agreement expired in 2016, the then-78-year-old established JRE Tobacco Co. with his eldest son, Justo, to make premium cigars once again. Four years later, JRE Tobacco Co. crafts three premium cigar lines—Aladino, Rancho Luna and Tatascan—which are steadily growing in popularity in both the U.S. and internationally, and Julio shows no signs of slowing down, despite the fact that he is now 82 years old.

“My dad is one of the real patriarchs of the industry, though he doesn’t have quite the same recognition as others might have,” Justo says. “Part of the reason for that is that Dad rarely leaves Honduras and loves the farm and growing tobacco. Another reason is that we have always created brands that never had our last name as the brand name. If we had done that from the beginning, we might now have the same name recognition as some of the most renowned families in the cigar industry today.” 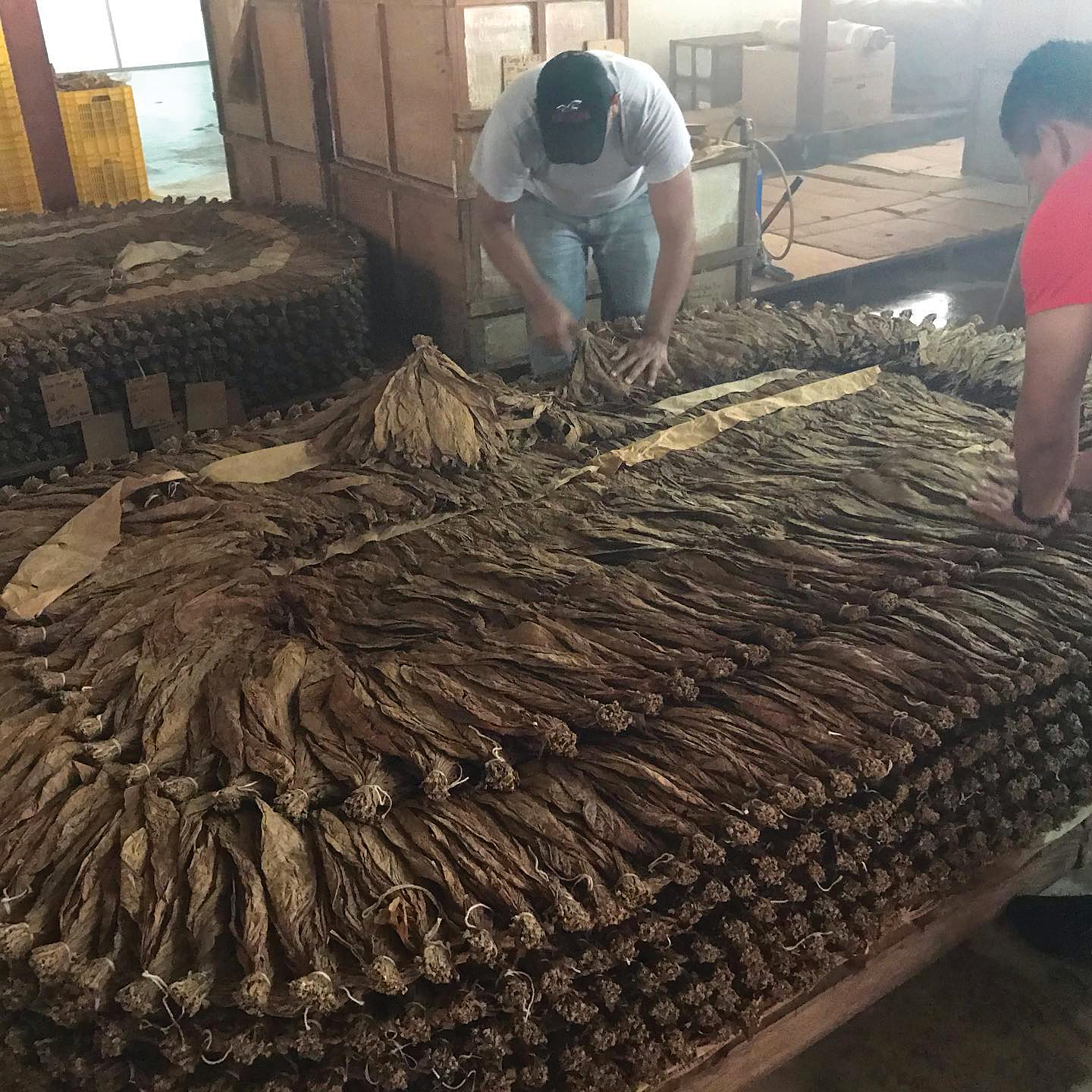 When it comes to JRE Tobacco Co., Justo hopes that more people will recognize his father’s contributions to the premium cigar industry while they enjoy an Aladino, Rancho Luna or Tatascan cigar. JRE Tobacco Co. is a vertically integrated cigar and tobacco company that owns its own factory and farm in Honduras’ Jamastran Valley and has its own sales and distribution team based in Miami, Florida. The company employs approximately 25 pairs of rolling and bunching teams who work in Julio’s Fabrica de Puros Aladino factory at Las Lomas, Jamastran, and it owns the oldest tobacco farm in Honduras, which is also one of the country’s largest farms. It consists of 700 acres, with over 400 acres under drip irrigation systems, and has more than 50 curing barns and 26 greenhouses, where Julio grows tobaccos such as Habano, Cameroon and Connecticut, as well as the tobacco that is most often associated with Julio: authentic Corojo.

“The Eiroa name is linked with authentic Corojo,” Justo says. “If you look back at the legendary brands from Cuba in the late 1940s to the early 1960s, they all used authentic Corojo tobacco, and it was my father who really pioneered its use in cigars made outside of Cuba in the 1990s.”

Extending the Legacy
In 2015, Julio called his eldest son, Justo, to discuss starting a new cigarmaking enterprise. An agricultural engineer who earned his degree from El Zamorano agriculture school in Honduras, Justo had been helping Julio with the farm for years while also owning his own water bottling company in Honduras. In 2007, Justo sold the water bottling company and moved to the U.S. to pursue an MBA before working at Florida International University and doing contract work for U.S. Southcom (United States Southern Command). Eventually, Justo worked for Campbell Soup Co. for four years before receiving the call from Julio asking him to help him start JRE Tobacco Co.

JRE Tobacco Co. debuted at the 2015 International Premium Cigar and Pipe Retailers Association trade show with the same three brands it produces today: Aladino, Rancho Luna and Tatascan. The company relied on Julio’s younger son, Christian, and his company, C.L.E. Cigar Co. to distribute its cigars while it established its own sales and marketing infrastructure. Since 2016, JRE Tobacco Co. has handled the entire operation from growing the tobacco, to making the cigars, to sales and marketing in the U.S. and beyond, enabling it to oversee the entire operation “from crop to shop,” Justo says.

Rancho Luna is a cigar that takes its name from Justo’s memories of growing up on the Eiroa family farm and enjoying clear, starlit nights and beautiful views of the moon that were uninhibited by light pollution. A well-balanced cigar, Rancho Luna is also a Honduran puro that is available with either a Habano or a maduro wrapper. The cigar debuted in three sizes: Robusto (5 x 50), Toro (6 x 50) and Gordo (6 1/2 x 60). At the 2020 Tobacco Plus Expo held in January in Las Vegas, JRE Tobacco Co. unveiled two new sizes for Rancho Luna, both of which the company calls Grandes: a 7 x 64 and a 7 x 70, with completely different blends for the new large-gauge vitolas.

“There is a big market that requires these sizes, and I think we can provide a fantastic tasting cigar with Corojo leaf and either a Habano or maduro wrapper,” Justo explains. “The tobaccos used in these cigars are 100 percent from the JRE tobacco farm.” 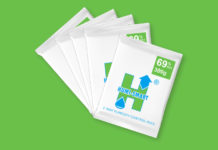 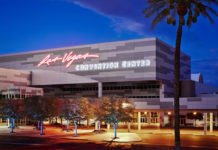 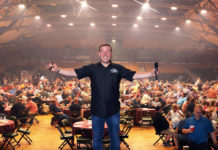