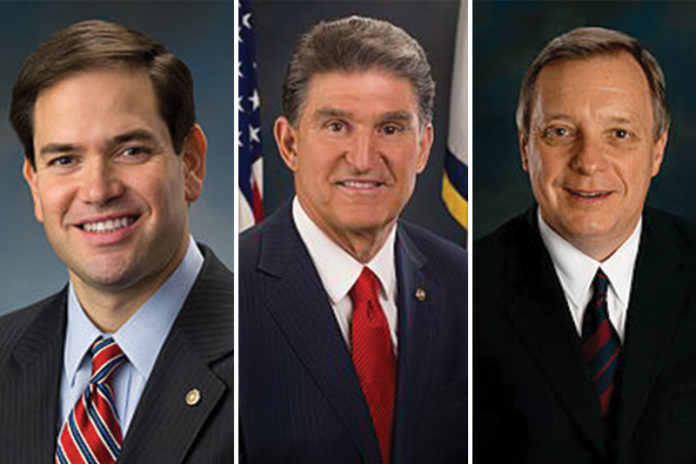 During a meeting of the Committee on Appropriations on Thursday, July 20, 2017, the topic of FDA regulations and their impact on the premium cigar industry was discussed. In an exchange started by Florida’s Senator Marco Rubio (R), the Fiscal Year (FY) 2018 Agriculture Appropriations Bill was brought up and whether or not a provision should be considered that would exempt premium cigars from FDA regulation.

“I am disappointed, however, that we are not addressing another issue critical to my state and I truly believe it’s a matter of fairness and it has to do with an industry that impacts many family-run businesses. The industry, of course, is the premium cigar industry,” Rubio commented. “I would note that I think we all share the goal of reducing underage tobacco use and it is already illegal to sell tobacco products to anyone under the age of 18 years of age. I would further note that in the premium cigar industry it is abundantly clear that it is not a product that neither preys on [or] seeks to market to or has a problem with underage use.”

Rubio went on to describe how the premium cigar industry employs many families who have been involved in the making and growing of the tobacco for generations and how any harmful regulations would impact thousands of families in a negative manner. Calling out the retroactive nature of the deeming regulations, Rubio questioned the overall intent of the FDA’s deeming rules since tobacco use is already in decline and how this in actuality attacks many small businesses and individuals who haven’t broken any laws.

“This is an issue that I would say is both bi-partisan and bi-cameral and while we have not addressed it here I am pleased the House has provided provisions in their bill to address the problem for the industry as a whole, [and] that their bill restores common sense government.”

Senator Joe Manchin of West Virginia (D), also voiced his support of exempting premium cigars from regulations. “I’m all for curtailing this addiction to tobacco use but when’s the last time you heard someone say, ‘Why don’t you come over and have a nice dinner with me and we’ll have a nice glass of spirits and maybe we’ll have a good cigarette afterwards’? You don’t hear that. … You don’t see kids going around smoking cigars.” He urged is colleagues to look at how cigars are integrated into society, going on to say that cigar smoking does not add to any type of addiction and it does not foster addiction, especially with youth.