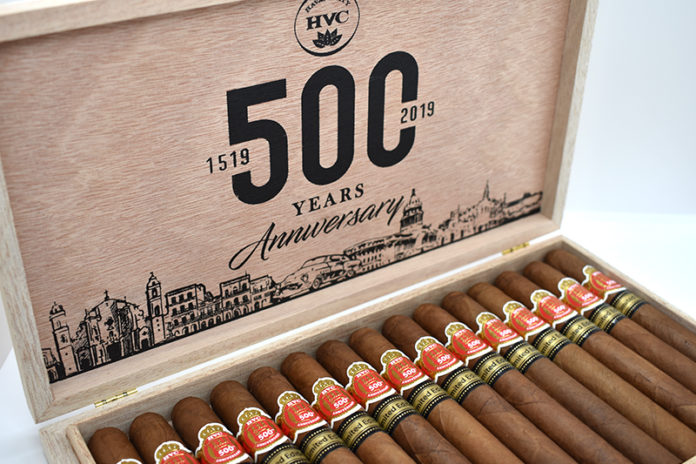 Late last year, HVC Cigars launched 500th Anniversary to celebrate the founding of Havana, Cuba, where HVC Cigars’ owner Reinier Lorenzo was born. “For me, the cigar is about remembering where we come from,” Lorenzo says in a press release announcing the additional sizes to the 500th Anniversary line.

Originally released in one size, Tesoros (5 7/8 x 52), 500th Anniversary quickly sold out, thanks in large part to high media acclaim. The two new sizes to the 500th Anniversary lineup are Shorts (4 1/2 x 52) and Selectos (5 5/8 x 46). The Shorts cigars are an online exclusive series for Privada Cigar Club and Selectos will be available at brick-and-mortar tobacconists. Each of the cigars are made from a Corojo ’99 wrapper grown in Nicaragua’s lush Jalapa Valley, a Nicaraguan Corojo ’99 binder, also grown in Jalapa, and Nicaraguan Corojo ’99 and Criollo ’98 filler tobaccos grown in Esteli and Jalapa. Between the two sizes, 12,000 15-count boxes are available.