Ghost Gold has a much bolder flavor profile than the original Ghost line. This cigar is for cigar smokers that prefer a medium- to full-bodied complex smoke. It utilizes aged Criollo 1998 in the binder and carefully selected fillers from the Dominican and Nicaragua that complement the cigar’s Habano wrapper. It will be available in three vitolas: Shadow (5 x 52), Asura (6 x 54), and Exorcist (6 x 60). MSRP is $8 to $11. 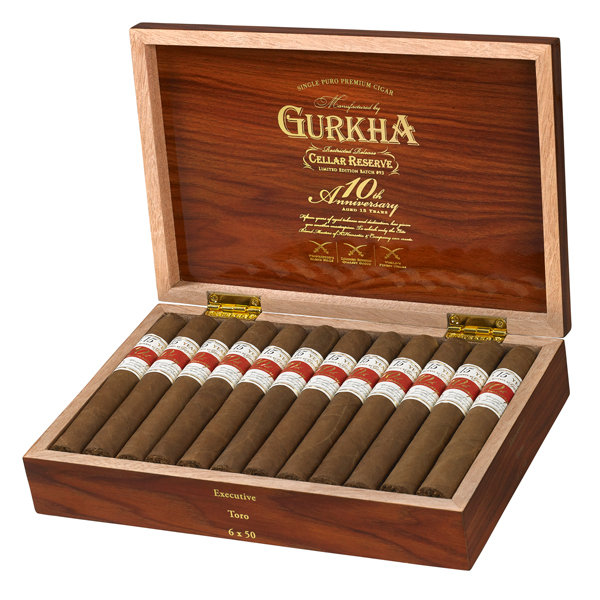 Cellar Reserve 10th Anniversary was first introduced at IPCPR 2017 to commemorate the company’s first brick and mortar cigar, Cellar Reserve. It was originally a limited edition but is now being brought back again due to an increased demand. It will be available in a 24-count box and available in one vital: Executive Toro (6 x 52) with an MSRP of $12. Cellar Reserve 10th Anniversary is a medium-bodied, full-flavored cigar features a Rosado Habano wrapper, aged Dominican filler and Dominican Olor binder.

For all the latest news from Gurkha Cigars, visit gurkhacigars.com.