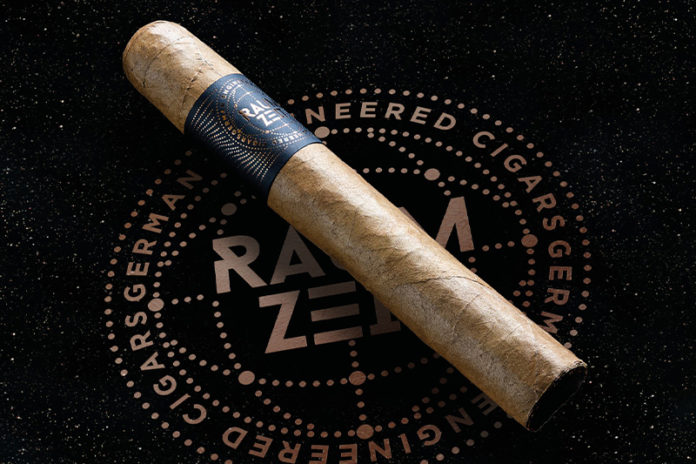 The skill and mastery that is required to create a cigar is oftentimes glossed over but for German Engineered Cigars, the making of a cigar remains front and center of its business.

German Engineered Cigars approaches cigar making in the same way most Germans engineer the best technology in the world. This results in a cigar that has very a very precise aroma, taste and smoking experience. It is German Engineered Cigars’ goal to create cigars that are exciting, precise and satisfying down to the smallest detail.

This process was used to craft Raumzeit, German Engineered Cigars’ second regular blend to market. Blended and developed with the help of master blender Claudio Sgroi, Raumzeit is a blend that was created to take the cigar smoker into a new dimension. The company describes Raumzeit as being a “fantastic immersion in aromatic complexity and engineered perfection [that] makes space and time become irrelevant.”

Raumzeit has a Nicaraguan Connecticut wrapper, Indonesian Sumatra binder and filler tobaccos from Nicaragua (Jalapa) and the Dominican Republic (Piloto). The cigar will be available in three different vitolas: Half Corona (3 1/2 x 44), Gran Toro (6 x 58), and Robusto (5 x 54). MSRP ranges from $6.50 to $12 per cigar). According to the company, this cigar is a mild to medium-bodied cigar that has an overall aromatic experience described as “traveling at the speed of light, far beyond the galaxy, while a friendly android serves cakes.”