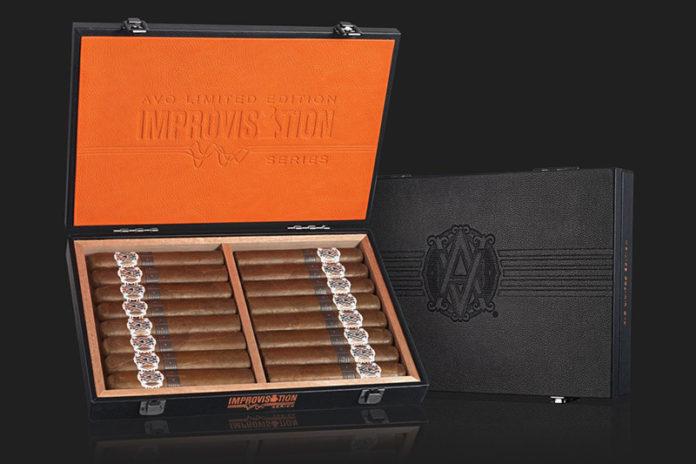 AVO Cigars is revealing the details for the fifth installment of its AVO Limited Edition Improvisations Series–the AVO Improvisation LE17. The special cigar is based on the unexpected music and cigar inspirations that create rich and noteworthy experiences for all cigar enthusiasts to celebrate. The AVO Improvisation LE17 packaging is based on a retro guitar case and features a full black leather exterior with orange leather interior lid and dual silver clasps.

AVO Improvisation LE17 will be made at the Oettinger Kelner Cigars factory in the Dominican Republic. It will be a limited edition cigar, with only 32,000 cigars being made available in the U.S. The cigar will come in 16-count boxes and will have a suggested retail price of $18.

“When developing the fifth AVO Improvisation blend, I wanted to use the foundation of my fifth AVO Limited Edition ever released, the celebrated AVO LE05, to see if we could craft something extra special,” Avo Uvezian commented. “When we blended in filler tobacco from Estelí, my palate immediately began to dance with the many flavor notes. The combination worked so well together that a 60-ring gauge format was the proper way to fully showcase this wonderful arrangement, finished in a flawless box pressed shape.”

AVO Improvisation LE17 will be limited to only 2,000 boxes made available in the U.S. and will launch on March 22, 2017. For all the latest news from AVO Cigars, visit avo.com.