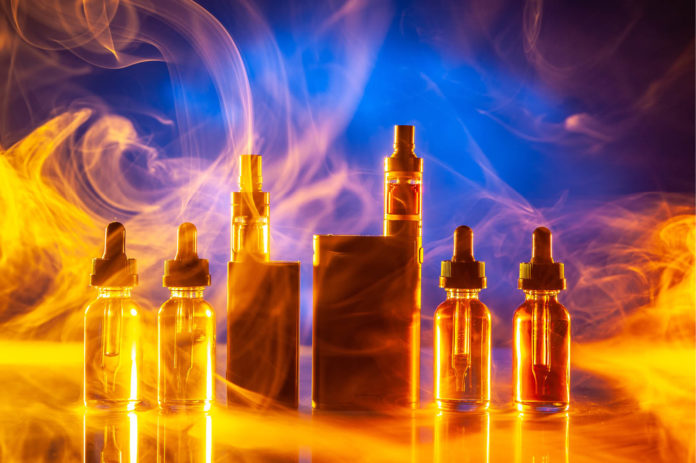 The premarket tobacco product application (PMTA) regulatory process for flavored electronic nicotine-delivery system (ENDS) products has been, in a word, politicized. The knowing rejection of science by the media and “public health” groups has long delayed the acceptance of e-cigarettes as a less harmful alternative to combustible cigarettes. Nonetheless, there was still hope that the FDA would fairly and carefully review the science in PMTAs filed. That hope has been dashed.

At a June 11, 2021, public meeting, the FDA’s Center for Tobacco Products’ (CTP) Office of Science (CTPOS) detailed its PMTA review process. Of note, the FDA “created a separate queue for the manufacturers with the largest market share” (e.g., Juul and large tobacco companies), triaging their review since doing so would have “the greatest public health impact.” Alternatively, the FDA randomized the review of small manufacturer PMTAs for predominantly flavored open systems. Further, the FDA said it wouldn’t be able to review all PMTAs by Sept. 9, 2021, but would decide the large manufacturer PMTAs by then and continue to review the small manufacturer PMTAs thereafter.

Importantly, when specifically asked about PMTAs with “no long-term health data,” the CTPOS responded, “So if there is missing information like no long-term health data about the product, we would … likely send a deficiency letter.” However, the CTPOS went on to volunteer that “public data” was sufficient as long as the “application clearly explain[ed] how that data is applicable to the product subject to the application.” Hence, product-specific long-term studies were not a PMTA requirement.

Little did the CTPOS know, all of that was about to change. On June 23, 2021, the FDA’s acting commissioner, Janet Woodcock, testified before Congress. Woodcock was first confronted with a video in which kids directly implored her to remove all flavored e-cigarettes from the market. Then, committee members demanded that Woodcock deny Juul’s PMTAs and deny any flavored e-cigarette PMTAs, claiming it was her responsibility to protect kids regardless of the science. The hearing was a disaster for Woodcock, who seemed unprepared to defend the FDA’s scientific process or its dedicated employees and who clumsily admitted she had never heard of the FDA’s Tobacco Products Scientific Advisory Committee.

What happened next was a surprise even to those inside the FDA. Woodcock got involved over the next couple weeks and “tasked” the CTPOS to implement a “new plan” to “take final action” on as many flavored ENDS applications as possible by Sept. 9, 2021, completely changing the FDA’s focus. On July 9, 2021, the CTPOS documented Woodcock’s instructions and its new “fatal flaw analysis”: “The absence of [randomized control trials or longitudinal cohort studies] is considered a fatal flaw, meaning any application lacking this evidence will likely receive a marketing denial order [MDO].” Not only must applicants prove each specific flavored product helps smokers quit; they also must prove quit rates at levels greater than tobacco and menthol products. Importantly, absent these studies, the FDA would just deny the application without reviewing any science submitted. On Aug. 17, 2021, the CTPOS tried to justify its new approach as necessary to overcome the FDA’s determination that all flavored ENDS are attractive to youth, a position the FDA had never before taken. Then, from Sept. 3, 2021, to Sept. 17, 2021, the FDA leaned on its new fatal flaw strategy to reject virtually all flavored ENDS PMTAs—covering more than a million products—without actually reviewing them.

There are so many problems with the FDA’s actions, many of which the VTA (Vapor Technology Association) raised in a letter to the FDA on Sept. 14, 2021, as the new plan came into focus. First, less than a month after declaring that long-term studies were not required and almost one year after the application deadline, the FDA implemented its fatal flaw analysis knowing companies had no chance to comply. Second, the FDA’s new claim that all flavored ENDS are attractive to youth contradicts, without science, the FDA’s position to date. Third, since the youth vaping rate was dropping, the denial of all flavors appears to be politically motivated after the acting commissioner’s haranguing by Congress. Importantly, the FDA’s July rationale for quick action on flavored ENDS PMTAs by Sept. 9, 2021, was a fiction since the FDA repeatedly stated that there was no such deadline, and since, as of this writing, the FDA still has not announced any decision on Juul or the majority of PMTAs from the largest manufacturers—the very decisions the FDA stated would have “the greatest public health impact.”