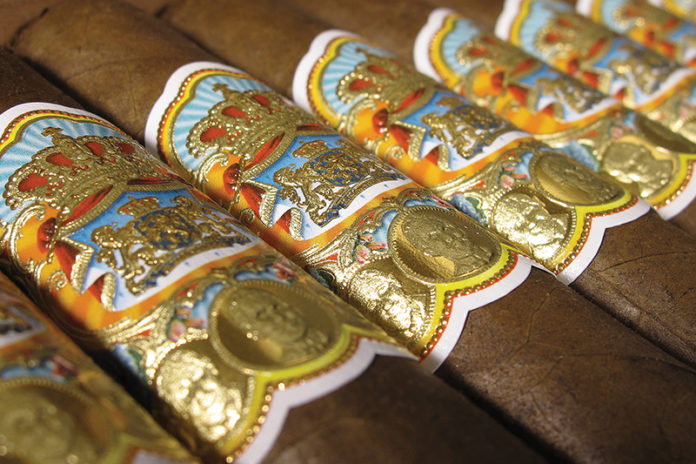 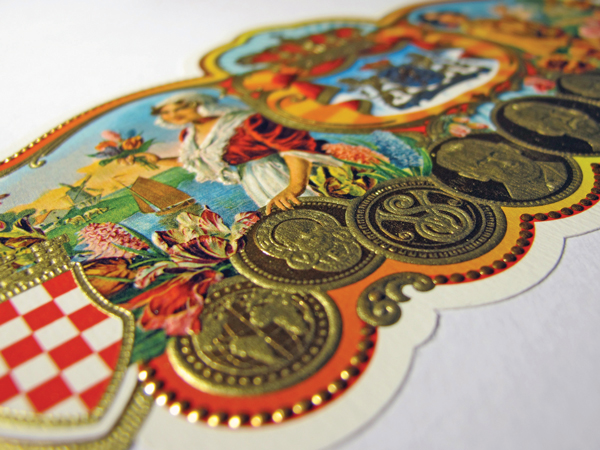 For some, cigar bands are merely an afterthought—a cigar smoker buys a cigar, rips off the band and lights up his or her smoke without so much as taking a glance at the colorful ring of paper encircling it. To others, the artwork adorning the band surrounding their favorite smokes adds to the mystique of the cigars they choose. It attracts them, and they identify with the colorful designs that adorn the band and the box that contains the cigars. Still others—both nonsmokers and cigar smokers alike—treasure these works of art and save them for pasting into their collector books like other people preserve postage stamps, or they display the boxes on shelves inside their homes or offices. No matter what category your cigar customers fall into, it cannot be denied that the artwork adorning cigar bands and cigar boxes has become an import segment in the history of tobacciana and cigar memorabilia. Not only do they influence a customer’s buying decisions by becoming a signature piece of the cigars they encircle, but they also add to the glorious history of cigarmaking worldwide. For most of its 114-year history, Vrijdag Premium Printing, a company based in Eindhoven, Netherlands, has been a leader in providing cigar bands and packaging for many of the world’s top cigar companies.

“When you look at the bands that we make, they are pieces of art,” says Henk Nota, Vrijdag Premium Printing’s managing director. “Retailers and consumers recognize us as the makers of certain bands. People collect cigar bands. At the end of the day, the band has a very big communication value for the brand owner. They are a brand’s identity and the carrier of their stories. Everyone knows the story when they see the band.”

Birth of Cigar Bands and a Dutch Printing Company
While a cigar band may tell a cigar brand’s story, the story of how cigar bands first made their way onto cigars is wrapped in myth. One legend attributes the start of the tradition to the Empress Catherine the Great, who ruled Russia from 1762-1796. The empress supposedly demanded that her cigars be wrapped in silk to protect her fingers, and others in the Russian court, wanting to support their queen, followed suit. Still another story claims that the tradition began in 19th century England with English gentlemen adopting cigar rings to protect their white silk gloves from stains while smoking their favorite cigars. Still another tale claims that Cuban cigarmakers invented cigar bands to hold together poorly made cigars. These romantic tales tell a good story, but they are most likely untrue.

Since the 1910s, one of the leading providers of cigar bands, cigar boxes and the artwork that adorns them has been Vrijdag Premium Printing, a company that was established in 1905 to provide printed pages of sheet music to a local choral society in Eindhoven. Chris Schafer and Louis Vrijdag belonged to one of the largest choirs in Eindhoven. Schafer worked as a hand press operator for a cigar box manufacturing company, and Vrijdag, who served as the choir’s musical director, worked as a teacher. The group needed a cello player, and Schafer approached Vrijdag for a loan of 30 Guilders to buy a cello. After obtaining the money, Schafer bought a printing press instead and set it up in the shed behind his home. Thinking of the loan he used to obtain the press, Schafer offered Vrijdag a partnership, and the two men soon began specializing in printing music sheets for their own choir and other area choirs. The high quality of their printing was well-known, and the two men’s company grew, and they bought a secondhand plate press and a lithograph machine. Philips, a nearby company that is known for producing light bulbs, became an early corporate customer. By 1920, Philips bought most of the printing equipment from Schafer and Vrijdag, but the two men kept their lithograph machine and concentrated on printing cigar labels.

While the Dominican Republic, Honduras, Nicaragua and Cuba are known today as being the countries where most premium cigars are made, in the early part of the 20th century, the Netherlands was one of the leading cigar-producing countries. As the result of colonization, a strong maritime tradition developed and colonies began to spread around the globe. The Netherlands was a huge importer of tobacco, with the port of Amsterdam receiving most of the shipments. A true cigarmaking cottage industry sprang up in several Dutch cities.

“The Netherlands has a very rich history in cigars,” says Jan Van Diepen, senior account manager for Vrijdag Premium Printing. “In the late 19th century, there were even tobacco fields in the Netherlands. Primarily, tobacco from the Indies came to Amsterdam to be processed, and then it was brought into three different regions in the Netherlands. One of the areas was the south, where Eindhoven is. There were hundreds of cigar factories in the area. It was a real cottage industry, and a lot of people even made cigars in their homes to make a little extra money.”

In 1925, Schafer left the company, and Vrijdag took over sole ownership, which was passed to his sons Louis Jr. and Peter, respectively known as “The Artist” and “The Entrepreneur.” The two brothers guided Vrijdag Premium Printing through its darkest days. German occupation of the Netherlands during World War II almost sank the company. The Germans confiscated much of the printing equipment, and the Nazi regime sought to transport all nonessential workers to Germany to work in their industrial heartland, but the Vrijdag brothers successfully protected their workforce from relocation. As liberation swept through the Low Countries in late 1944 and early 1945, the returning Dutch government hired Vrijdag Premium Printing to supply 5 million ration cards and print posters commissioned by Prince Bernhard of the Netherlands to buoy Dutch patriotism and hope. Later in 1945, the company began printing cigar labels again—its first post-war customer was the brand Paladijn.

Vrijdag Premium Printing experienced a post-war boom for cigar label printing, despite a fire that destroyed the company’s factory in 1948. With a new location opened in 1952 and new technologies, Vrijdag Premium Printing expanded greatly. While most of its business was with European customers, Vrijdag Premium Printing expanded into the American market after Peter Vrijdag traveled to the United States to prospect potential customers.
“Peter started the business in the U.S.,” comments Nota. “A lot of Dutch people immigrated to the U.S. after the war, traveling by ship from Rotterdam, [Netherlands], to New York City. Peter also took the steamer, but he had a suitcase full of samples and traveled the East Coast down to Tampa, Florida, where he met Stanford Newman [the owner of J.C. Newman Cigar Co.]. J.C. Newman became our first customer in the U.S., and they are still our customer today.”

Business on both sides of the Atlantic Ocean grew throughout the 1950s, and by 1963, Vrijdag Premium Printing also began providing cardboard cigar boxes to its customers. In 1964, the company printed approximately 2 billion cigar labels alone. As the third generation of his family to run the business, Peter-Louis Vrijdag took over the company’s daily operations from his father Peter in 1973 and sought to diversify its customer base into other industries such as cigarette packaging, cosmetics, beer and liquor labels and packaging for coffee and tea companies. Cigar companies remained an important part of Vrijdag Premium Printing’s business and with the U.S. Cigar Boom of the 1990s, the company experienced a renaissance of sorts in supplying both existing and new cigar companies with their labeling needs, perhaps spearheaded by the band the company made for Arturo Fuente’s Fuente Fuente Opus X, which was released in 1995. It’s a service that’s still in high demand and greatly appreciated by many of the industry’s top cigar producers—Altadis, Arturo Fuente, Ashton, Davidoff, General Cigar Co., J.C. Newman Cigar Co., Oliva Cigars, Perdomo Cigars, Padron Cigars and Procigar are just a few of the many companies that have their bands and other packaging materials made by Vrijdag Premium Printing. 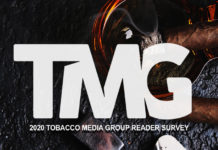 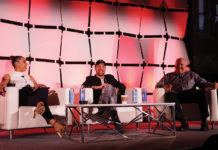