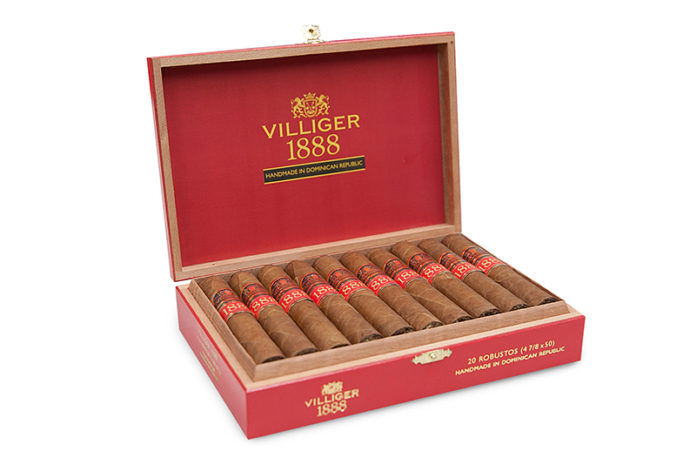 As teased during the 2016 International Premium Cigar & Pipe Retailer (IPCPR) trade show, Villiger Cigars’ big release this year is a revamped version of its Villiger 1888 cigar. The cigar will begin shipping to retail shops this week and the company will launch it at a special event to be held at Miura Cigars in Miami, Florida on Dec. 16, 2016.

When Villiger 1888 was first launched, it was a limited edition cigar that commemorated 120 years of Villiger Cigars. The revamped version comes with new band and packaging design.

Rene Castañeda, president of Villiger North America, said in a press release: “Villiger Cigars has undergone major positive changes in 2016 to include a new distribution center, new personnel and a new business philosophy. We look forward to ending the year on a high note with the release of the Villiger 1888 and we look forward to a prosperous 2017. We thank our supporters, colleagues, and customers for all the support in this past year.”